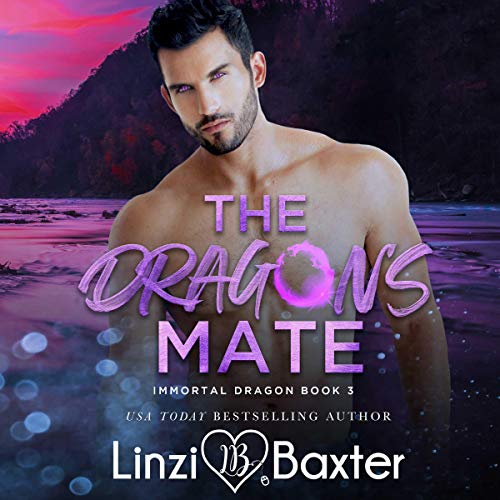 She’s a genie freed from her bottle. Only a dragon’s love can protect her now.

Conley’s two brothers did the impossible: found their mates. With the threat to supernatural beings everywhere hanging overhead, Conley’s got too many bodies to guard to even dream about finding his own. Until he overhears a woman’s desperate voice on the phone, and for reasons he can’t explain, he’s just as desperate to save her.

Nyx’s ability to read other people’s visions made her the council’s most wanted tool. Until she used it against them and became a target. Cornered, a heartbeat from capture and probable torture, she’s rescued by someone she didn’t even know existed. A man for whom she feels nothing. Nothing but desire. She’s not sure if she’s thrilled - or terrified. For herself, and for him.

If Conley can just look once into her eyes, he’ll know for sure what’s driving his dragon wild. Except Nyx seems determined to look anywhere but at him. Conley’s waited hundreds of years for his mate. He can be patient a bit longer. Talking his dragon into that strategy? That’s a tall order.

But when Nyx is kidnapped by the very evil they’re sworn to defeat, time could be running out for them both...