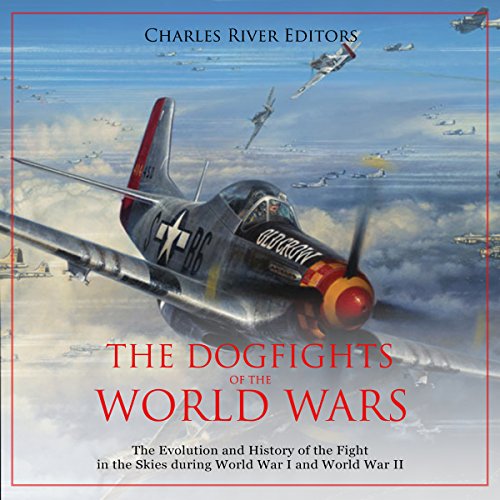 The Dogfights of the World Wars

The first aircraft to appear in the skies over the battlefields of World War I showed few signs of the dominant future of airplanes in warfare. Small, fragile, and slow, they provided no hint of the sleek jet fighters that would one day slash across the skies of Earth faster than sound to unleash the lethal blast and fire of sophisticated missiles, or the bombers able to level an entire city with one nuclear bomb. That said, they did not represent a complete novelty in warfare either, at least not during the early months of World War I.

While airplanes had never before appeared above the field of war, other aerial vehicles had already been in use for decades, and balloons had carried soldiers above the landscape for centuries to provide a high observation point superior to most geological features. The French used a balloon for this purpose at the Battle of Fleurus in 1794, and by the American Civil War, military hydrogen balloons saw frequent use, filled from wagons generating hydrogen from iron filings and sulfuric acid. The balloonist Thaddeus Lowe persuaded President Abraham Lincoln to use the airships for observation, communicating troop movements to the ground with a telegraph wire.

At first, airplane improvements occurred in an ad hoc, almost accidental manner during the war. However, when pilots’ mounting of armaments on airplanes proved a successful means of defeating other aircraft and even attacking men on the ground, a much more active and systematic development of warplanes began across the continent. Each advance prompted a countermeasure, as the two sides strove for primacy in a deadly, unforgiving environment which rewarded real advances in equipment and tactics with survival and punished poor ideas with death.

The Dogfights of the World Wars: The Evolution and History of the Fight in the Skies During World War I and World War II looks at how technology and tactics evolved during the wars. You will learn about dogfights like never before.