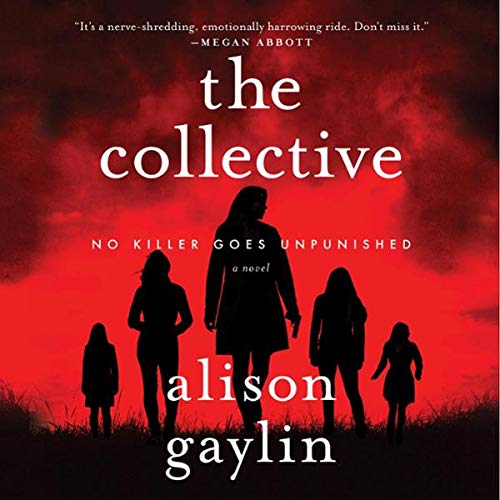 The USA Today best-selling and Edgar Award-winning author of Never Look Back and If I Die Tonight plumbs the dark side of justice and the depths of diabolical revenge in this propulsive novel of psychological suspense that melds the driving narrative of Then She Was Gone with the breathtaking twists of The Chain and the violent fury of Kill Bill.

“Alison Gaylin’s The Collective is an astonishing feat. In the tradition of Ira Levin’s unforgettable social thrillers (Rosemary’s Baby, Stepford Wives), it’s a nerve-shredding, emotionally harrowing ride that also speaks volumes about our current moment, the dangers of our digital world, the potency of female rage. Don’t miss it.” (Megan Abbott)

Just how far will a grieving mother go to right a tragic wrong?

Camille Gardner is a grieving - and angry - mother who, five years after her daughter’s death, is still obsessed with the privileged young man she believes to be responsible.

When her rash actions attract the attention of a secret group of women - the collective - Camille is drawn into a dark web where these mothers share their wildly different stories of loss as well as their desire for justice in a world where privilege denies accountability and perpetrators emerge unscathed. Fueled by mutual rage, these women orchestrate their own brand of justice through precise, anonymous, complexly plotted, and perfectly executed revenge killings, with individual members completing a specific and integral task in each plan.

As Camille struggles to comprehend whether this is a role-playing exercise or terrifying reality, she must decide if these women are truly avenging angels or monsters. Becoming more deeply enmeshed in the group, Camille learns truths about the collective - and about herself - that she may not be able to survive.