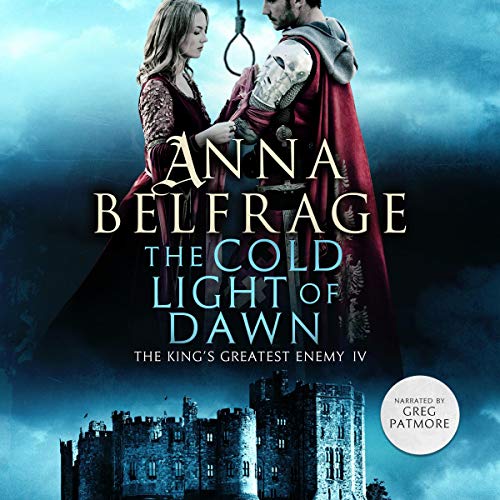 The Cold Light of Dawn

After Henry of Lancaster's rebellion has been crushed, a restless peace settles over England. But the young Edward III is no longer content with being his regents' puppet, and soon enough Adam is torn between his loyalty to the young king - and that to his former lord, Roger Mortimer, now co-regent and effective ruler of England.

Edward III is growing up fast. No longer a boy to be manipulated, he resents the power of Mortimer and his mother, Queen Isabella. His regents show little inclination of handing over their power to him, the rightful king, and Edward suspects they never will unless he forces their hand.

Adam de Guirande is first and foremost Edward's man, and he too is of the opinion that the young king is capable of ruling on his own. But for Adam siding with his king causes heartache, as he still loves Roger Mortimer, the man who shaped him into what he is.

Inevitably, Edward and his regents march toward a final confrontation. And there is nothing Adam can do but pray and hope that somehow things will work out. Unfortunately, prayers don't always help.

Ugh! Was sad the series ended!

As usual Anna Belfrage doesn’t disappoint ! Such well developed characters you hate to say goodbye to. The Grahm series is outstanding also!

An excellent end to the series, outstanding and gripping historical romance. It is not often that in medieval romance we have the life of a lowly knight. The story is very well written. I think though I would have liked a less harsh ending.. it left a bad taste. The narrator made the story come to life. Strongly recommend all the series.

Brings to life the days of Medieval England. Good story on the main character Adam and what it was like to make your way in the world as simple Knight. Greed and ambition and cruelty was the order of the day.

And again, my main reservation is with the main female character who has not grown up much since the first installment. By this time she must be closing on 30, mother of 5. She is still reckless and immature, extremely centered on her husband and children to the extent of failing to pass on some exceedingly important information to the relevant people, information that will have great impact on all concerned including her precious husband, the hero. It's like watching a horror movie unfold because the dumb heroine is too stupid to see what's in front of her nose. I hate it when an author makes a main character (usually the woman) into a brain dead nitwit so as to force the plot to go a certain direction. You know it's a train wreck in the making.

Another thing I have reservations about is that one of the villains (Godfrey) from the first installment manages to surface in every installment to finally meet his death in this installment. This character did not really add much to the story except as a rapist and a target of the female character's terror.

The ending between the hero and Mortimer was moving.