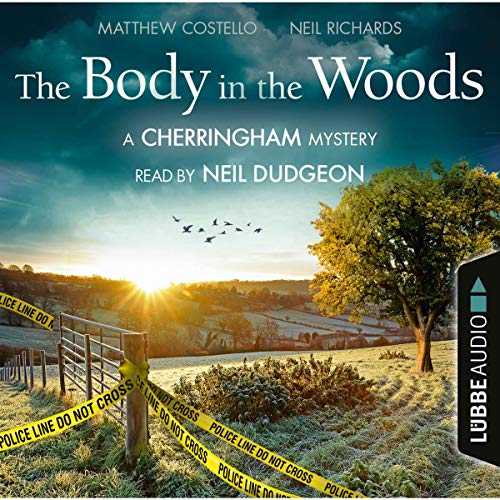 The Body in the Woods

The Body in the Woods

It's Carnival week in Cherringham, but while most of the locals are looking forward to the regatta, the parade and the fireworks, Jack and Sarah are more interested in the mysterious body that's been uncovered at the archaeological dig just outside the village ... No Roman soldier - but a young man, no ID. Definitely the victim of a cold blooded murder ... from just a few decades ago. It's a baffling cold case - but one that soon heats up when a member of the carnival committee suddenly goes missing. Jack and Sarah investigate - and quickly come up against a wall of silence.

Are the two cases connected? What dark secret from Cherringham's past is being kept hidden? As the Carnival rolls to its spectacular finale, Jack and Sarah race against time to stop the murderer before they kill again ...

Co-authors Neil Richards (based in the UK) and Matthew Costello (based in the US), have been writing together since the mid 90's, creating content and working on projects for the BBC, Disney Channel, Sony, ABC, Eidos, and Nintendo to name but a few. Their transatlantic collaboration has underpinned scores of TV drama scripts, computer games, radio shows, and - most recently - the successful crime fiction series "Cherringham". First released as eBook novellas, this is the second full-length novel. "Cherringham" is popular around the world and has been adapted as a series of audiobooks in both English and German. The narrator of the audiobook, Neil Dudgeon, has been in many British television programmes including the roles of DCI John Barnaby in "Midsomer Murders" and Jim Riley in "The Life of Riley". He is also known for his film roles in "The Nativity", "Sorted" and "Son of Rambow". In 2012 Dudgeon starred as Norman Birkett on BBC Radio 4's "Afternoon Play" series written by Caroline and David Stafford.

As soon as I finish the latest book, can't wait for the next one. Love the main characters, Sarah and Jack and all the supporting characters. I've listened to the series over and over again.

The narration by Neil Dudgeon is fantastic. The plot moves along comfortably with its array of colorful village characters. It is a very engaging novel. I hope to see many new books in the series.

Excellent narration by Neil Dudgeon. He is an actor I like in the Midsomer Murders tv series. Only noticed one time where the American character spoke with a British accent. I enjoyed the story overall. It felt well plotted. Looking forward to others in the series.

I've read them all now. The first 24 were short and easy listens. Then the 2 longer stories were equally enjoyable. The main characters are nice people, not too complicated, but worth getting to know. The mysteries themselves run from mildly difficult to figure out to a bit more involved clues to follow. If you like small country villages in England and a few quirky characters, plus some mystery then this series is for you. Listening to these reminds me of listening to radio mysteries when I lived in England as a child. I would rush home every afternoon to catch the next chapter of the current mystery being read for radio audiences. of course, then I was 10 or 11. But now I just enjoy being read to & not having publicity annoying me every 10 minutes!

Another hit from Costello, Richards & Dudgeon!

These Cherringham mysteries seem to get better and better! Great plot, good pacing, good characters, excellent narration. I love the relationship between Jack and Sara and how each story follows another in real time, so we get to "live" along with the villagers.

As always a good story, awesome narration and it was nice to have my favorite characters for 8 hours of mystery. Hope this series never stops coming! I’ve listened to the whole series about 3 times and download them as soon as they come out. The narration and writing is just wonderful! Like an amazing pbs show but better!

As always a fun listen and stellar narration

Story was fun but the background story of Jack and the Carnival week activities made it even more fun.
The narration really makes these books a pleasure to listen to.

loved it! already bought the rest of the series. jack and Sarah are a great team!

I love the Cherringham Mysteries. This one is absolutely fantastic. The full length storyline really gives a chance for the characters to develop and get interesting. You're going to love it too!