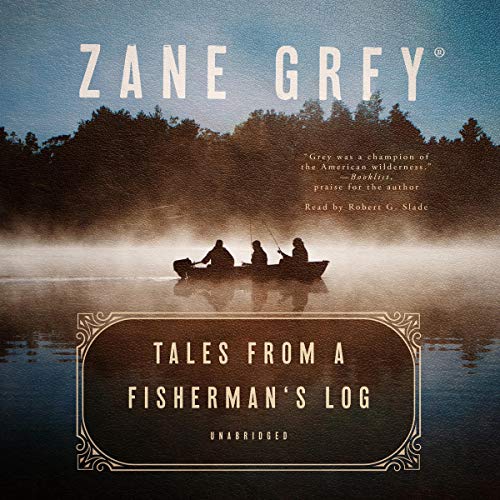 Zane Grey, known mainly for his Western fiction and for his own personal adventures exploring the rugged West, was also a prolific fisherman. Once his income from the Westerns gave him free time to explore the world's oceans, he devoted an average of 300 days a year to fishing, according to his son Loren. Besides the waters of southern California, Florida, and Nova Scotia, he went deep-sea fishing off the coasts of Australia, New Zealand, and Tahiti, with many return trips to his favorite spots. He pioneered the fishing of sailfish, and he established numerous world records along the way.

He wrote many articles for international sporting magazines highlighting the uniqueness of New Zealand fishing, among other places. Tales from a Fisherman's Log includes notes Zane Grey made while in the midst of exploring his favorite pastime.