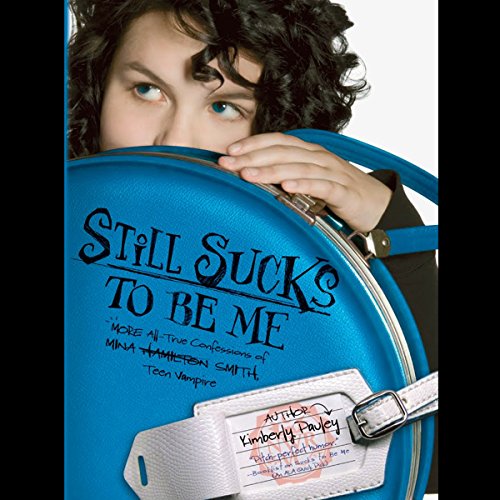 Still Sucks to Be Me

With vampire boyfriend George and best friend Serena by her side, Mina thought she had her whole life - or rather afterlife - ahead of her. But then Mina's parents drop a bomb. They're moving. To Louisiana. And not somewhere cool like New Orleans, but some teeny, tiny town where cheerleaders and jocks rule the school. Mina has to fake her death, change her name, and leave everything behind, including George and Serena. Not even the Vampire Councils shape-shifting classes can cheer her up.

Then Serena shows up on Mina's doorstep with some news that sends Mina reeling. Mina may look a lot better with fangs, but her afterlife isn't any less complicated!

In this eagerly awaited sequel to the popular Sucks to Be Me, Kimberly Pauley addresses many of her fans most pressing questions (Will Serena become a vampire? What happened to Raven? What's next for Mina and George?) with signature humor and breezy bloodsucking style.

“Of all the Vampire novels I have read, Sucks to Be Me was my absolute favorite. It was smart, original, with a lovely, honest heroine, and it was laugh-out-loud funny. I almost fell out of bed laughing at one point. I couldn't wait to get a hold of the sequel, Still Sucks to Be Me. When it came out, I devoured every page. For those who love the genre, yet are tired of tragic, Byronic lugubrious vampires, this is truly a unique and hilarious read.” (Margot Adler, NPR correspondent and author of Drawing Down the Moon)