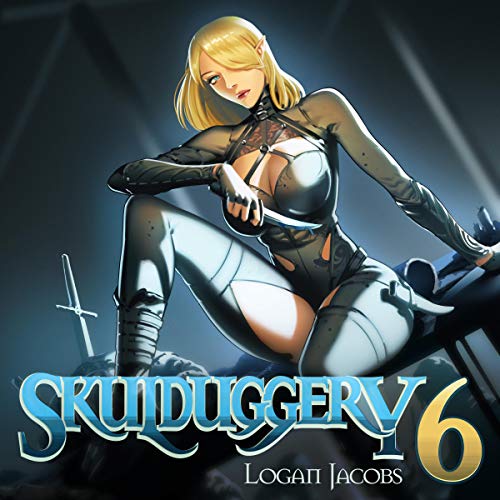 Nothing goes on in this city without me knowing about it. We run the whiskey business. We run the brothels. But it's not all fun and games. While we’ve eliminated our smaller rivals and obstacles, there are still powerful forces in the Elven empire and their Dwarven toadies who could topple our criminal empire.

But the tide has turned, and soon, our enemies will be dead, or they’ll be turned into allies. We have to play it smart because this isn’t about running rackets in one city.

It’s about moving into every city and then toppling the Elven empire before they even know the danger they are in. One drink at a time.

The audiobook cut off at the end of chapter 21

The only complaint I have is that the narrative stopped right in the middle of a scene and the narrative abruptly ended... I don’t know if I u at got a bad download or something, but I just want to know how it ends. I’ll happily change the review as soon as I get the last couple minutes or maybe even a chapter.. I don’t even know what’s missing.

As others have noted in multiple reviews, the entire ending of the book has been cut off. Since I own the e-book version, I can confirm that this means that over 20 pages worth of text and dialog have been entirely dropped and the audio just suddenly jumps suddenly from the middle of a scene in chapter 21 (chapter 22 by Audible count) to the "This has been Skulduggery 6 announcement". I've waited a while to see if Audible had fixed this before posting, but as the entire month of June has now passed and it's still the same way when either re-downloaded or playing on the Amazon player, I'm posting my review with only a two star overall rating, even though I'm giving a full five stars to the Performance and Story categories. When that problem is finally fixed, I'll increase my rating, but I can't in good faith give a higher number of stars to an incomplete product.

Good addition to the series.

The only complaint I have on this book is the editing. the were a few passages that were repeated throughout the book and at the very end the audio is chopped off mid conversation and the book ends...

The Last chapter has been fixed

Now that the last chapter has been fixed to actually conclude the story I will say that this is an enjoyable series that I want more of.

I ilke this series

I'm looking forward to the next three books , I'm just hoping that they come out soon

fantastic but one thing

When is Book 7 coming to audible?

Look i know that there's a 10 books out that i can read but I'm a lazy simp. This has a good plot and characters. I need to finished this book. Please just take my money and narrate the res Gabriel and Rebecca.

If you no longer producing this story please let me know it already has three more books out with no sign of updating on it please and thank you in case I need to purchase the series somewhere else.

it's a shame the voice actors left, now they have to redo the entire series with another duo so who knows how long it will be until the last 4 books are done

Another great book well done in the series !!! Can't wait for the next one to listen too!! The narrators did another great Job!!!!