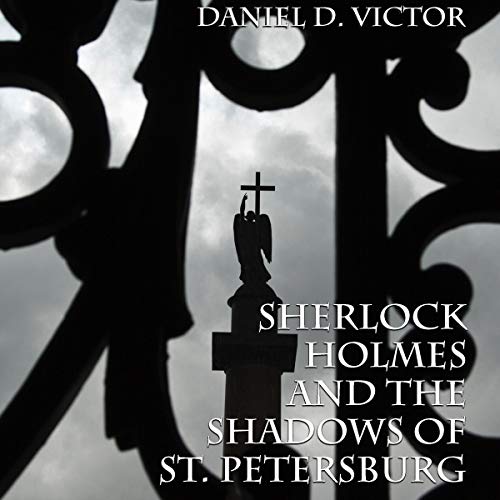 Sherlock Holmes and the Shadows of St. Petersburg

"A psychological account of a crime" - that's how Fyodor Dostoyevsky described his novel Crime and Punishment, which tells of two horrific ax murders in St. Petersburg. It becomes much more than a mere "account", however, when a pair of dead bodies turn up in London's East End, their heads split open by an ax blade.

To Scotland Yard, the crimes are murders to solve. To Sherlock Holmes, they present an intriguing puzzle. But to the literary man, Dr. John H. Watson, they seem a deliberate restaging of the brutal murders depicted in Dostoyevsky's narrative. If Watson is right, what can be the purpose behind an actual recreation of the fictional killings?

Blocking the answer to that question is a mysterious assortment of English and Russian eccentrics, and one can only wonder if the startling revelation at the end will be dramatic enough to set matters straight.

I loved the concept of this story, the book-inside-a-book feel to it.

A very good Sherlock Holmes' story, that manages to gets perfectly the characters' voices and the ambience of Victorian London.

A solid read / listen. Worth it.

The author weaves the plot of two murders with 2 murders from decades prior AND with murders from Dostoevsky’s Crime and Punishment. Excellently done. The narration is worthy of praise. As a Texan, it was interesting to hear the cadence of 19th century England, particularly when that English was presented in the style of pronunciation of a Russian character. Since he isn’t fluent in English, it brought humor to a serious story. Recommended!