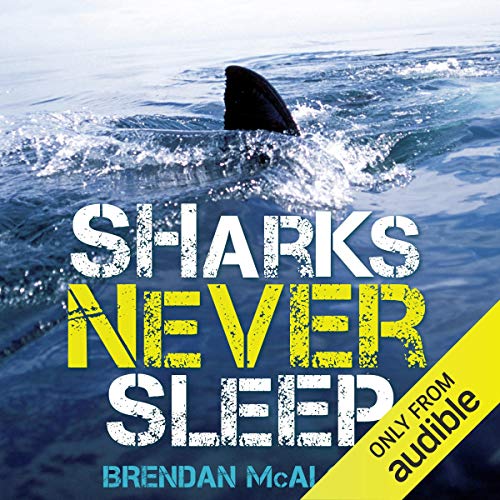 Following a year of record numbers of shark attacks, Sharks Never Sleep takes us around the world to meet shark-attack survivors, shark lovers and shark hunters, who tell us of the primal fear of being eaten alive by a wild animal, the unimaginable grief of losing a loved one and extraordinary stories of encounters with sharks.

In Ballina on the east coast of Australia, Darren Rogers recounts how he tried to save Japanese surfer Tadashi Nakahara, who was mauled to death by a great white shark. At Jeffreys Bay, South Africa, professional surfer Mick Fanning narrowly escapes the jaws of a great white during the final of one of the world's biggest professional surfing competitions. On the Hawaiian island of Maui, shark-attack survivor Bethany Hamilton heads into monstrous waves to surf, even after having lost her arm to a tiger shark as a 13-year-old junior surfing champion.

Explore our complex relationship of fear and fascination with sharks - meeting scientists, conservationists and a host of eccentric characters - in these gripping tales of firsthand encounters.

Anti-shark and just not good

I can't even remember the last time I have heard such sentimental words about shark attacks such as "I had no idea how intimate CPR was."

Um yeah really? You didn't think that pressing your lips to another human being's lips and breathing air inside would be intimate?

Also I can sense some serious sort of embellishment by all of these supposed witnesses.

Come on now Audible where are all of your good and yes science based books about sharks? Very disappointed in this.

EDGE OF YOUR SEAT STORIES

First I loved the Book. Very well researched. I did have a problem spending so much time on the immature 14 year old Shark Girl. She never did state how she knows the sharks population is declining. I only heard she dropped out of school to Dive with her Dad. I may be alittle biased though because my teenage Niece was attacked and killed on a boogie board. To hear she calls sharks her brother or sister is silly. Also saying so many people killed yearly dont make up for all the sharks killed. REALLY, IF ONE PERSON IN TEN YEARS IS Killed that supersides any amount of sharks. Her answer was education. Really, Educate how. They are people enjoying the Beach. My niece was killed in the middle of the Day. Im sorry I loved the book though.