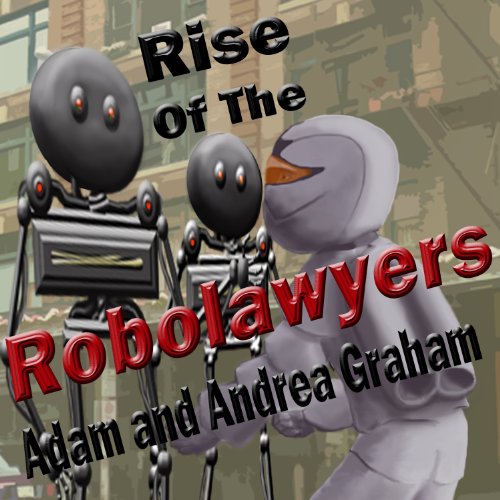 As Powerhouse, Dave Johnson has defeated intergalactic zookeepers and terrorists bent on igniting a nuclear war, but his gravest threat yet is legal annihlation. The cynical Dorado Industries CEO Mitch Farrow hires an attorney to file frivolous lawsuits against him.

Powerhouse's wife, Naomi, protects him by incorporating and issuing policies that keep him out of court but reduce him to being a one-man neighborhood watch. Meanwhile she searches desperately for an insurance company willing to give him a liability policy.

The Johnsons' chef, the superpowered alien Zolgron, vows to rid Earth of its greatest plague: lawyers. He re-creates his planet's robotic lawyers but sells the designs to Dorado Incorporated, unwittingly giving them the technology they need to destroy Powerhouse.

Rise of the Robolawyers features thrills, mystery, and comedy aplenty. Also meet the World War II superhero Major Speed as villains teleport him into 2012 in this exciting second installment of the Adventures of Powerhouse novellas.