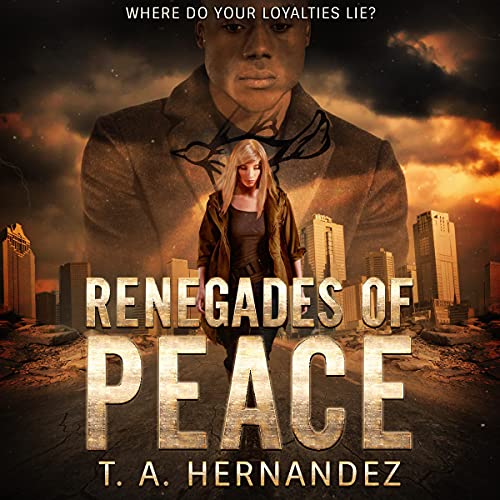 With her life in the PEACE Project safely behind her, Zira works covertly with Tripp to undermine the project’s control and begins to see firsthand just how extensive the country’s organized rebel movement is. But when one of their jobs gets complicated, her motives and integrity are called into question.

Determined to prove herself, Zira is swept deeper and deeper into the rebellion as she is called on to use her lethal skills once again - a part of her life she thought would stay buried in her past.

Meanwhile, within the walls of the compound, Jared grapples with the consequences of his choices as Ryku seeks more power than any chairman has ever had before. His position is further complicated when he is tasked with hunting down a fugitive who has evaded capture for over a decade.

As the chairman tightens his control over the nation in the name of law and order, Zira and Jared face increasingly difficult choices as they each strive to do what they believe is right and protect the people they care for.

Sometimes, you must overcome your past to secure your future.

This 2nd book is much better than the 1st as the characters mature (and act that way) and the story line expands. 7 hours would have been better than the 9+ it runs (in Audible version), but the story proceeds with plenty of action. By the end, it feels like "Yeah" but a little anti-climatic. You'll can see for yourself if you read/listen. Still, overall worth the effort. I rec'd a copy of the book free from Audioboooks Unleashed and volunteer this review.