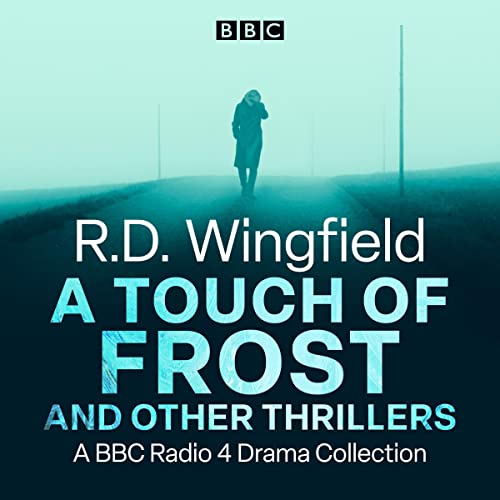 R.D. Wingfield: A Touch of Frost and Other Thrillers

Author and dramatist R.D. Wingfield was best known for creating one of Britain's most beloved fictional policemen, Inspector Jack Frost, who featured in 10 bestselling books and a hit ITV series starring David Jason. This collection includes the radio precursor to the novels and TV show, A Touch of Frost, plus four more gripping dramas.

A Touch of Frost - DI Frost is tough, rough and rude. He does things his way—and gets results. But when Denton CID is faced with a spate of major crimes, including rape, robbery, a missing girl and a hit-and-run incident, he finds himself under pressure... Derek Martin stars as Jack Frost.

Outbreak of Fear - When Sergeant Fowler investigates a brutal death in the sleepy West Country fishing village of Polford, he soon discovers he has a serial killer on his hands. Leslie Sands, Nick Orchard and Nicholas Courtney star in this suspenseful drama.

Deadfall - Retired special agent and demolitions expert Harry Davis was once part of a disastrous attempt to assassinate an African leader. Now, years later, his past catches up with him when he is called back to try again.

Daylight Robbery - 'Elderly lady living alone in remote house, willing to take in paying guests.' Miss Pickering's newspaper advert seems innocuous, but she has an ulterior motive—as do the four gentlemen who reply.

The Cellar - In mourning for their little boy, the Bakers move into a secluded cottage—only to find that horror lurks below stairs... John Pullen and Rosalind Ayres star in this spine-tingling supernatural tale.