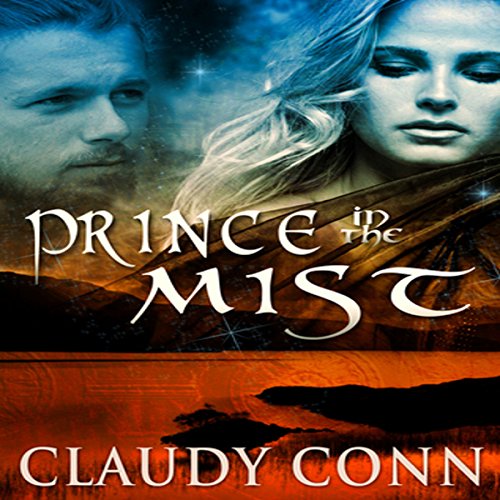 Prince in the Mist

Some of you know and love Prince Breslyn already, others may meet him here for the first time. This is how Bres got his introduction to humans and formed his everlasting love of them. It is a short story/novella.

Fact one: By tradition and treaty, Fae do not interfere with the human world - it is against the rules.

Fact two: For a Royal Fae prince who suffers from the ennui of immortality, watching and interacting with humans - especially lovely, spirited human females - can be entertaining.

Fact three: When entertainment changes to affection, and affection becomes love, rules will be broken.

His name is Breslyn, Prince of Dagda of the Tuatha De. He is a royal Fae, immortal and endowed with more than eye candy looks. He is a being with immeasurable powers but life for him lacked something - so he looked around, and found... humans.

Watching their lives and interactions, from another dimension filled him with feelings he had thought long lost in the ennui of immortality. The more he watched - the more addicted to their antics he became. An affection for the human race grew inside the heart Fae are not supposed to have, and it was inevitable that he began to have preferences with regards to them.

In 1314, when Scotland's rule was in jeopardy and the British were about to take more than they should, he chose a side - and then he saw her, and nothing would ever be the same for the prince ever again...

What made the experience of listening to Prince in the Mist the most enjoyable?

This novella contains a unique, historic feel that Claudy achieves through her detailed writing and knowledge of the era. She has created characters that flow amazingly well with the story - bad boy Breslyn in particular is impossible not to love. Chartelle too was everything you want in a heroine; gentle and beautiful yet strong enough to know what she wants. Their relationship is spicy, passionate and a delight to read, with Storm and Alexis providing even more romance on the side.

If romance isn't enough for you, I promise you'll experience enough magic, mystery and betrayal to keep you satisfied, all blended with fabulous writing into a tale you won't be able to stop listening to.

Claudy has managed to pack years of events into a quick, fast paced read without ever making the reader feel lost or rushed in any way. Even the supporting characters are impressively well-rounded and interesting.
Prince in the Mist is a great insight into characters that will appear later on in the series, but is still vastly enjoyable to read regardless of whether or not you will continue with the books.

What other book might you compare Prince in the Mist to and why?

It truly is unlike anything I've ever read before. It can, of course, be compared to the rest of the Legend series for which this novella is a companion. If you enjoyed this book, what better than to carry on with the rest?

His subtle accent complimented the Scottish feel of this story. His acting made the whole novella more immersing - he definitely did the book justice, and I listened to the whole thing in one go without ever developing any issues (some voice-actors can become awfully dull after a while, but I did not find this with Anthony).

Of course. The story bring forth true emotion and feelings that will leave you feeling an array of different emotions. There were times I was grinning like an idiot and others when I was reeling in shock. It even managed to make me tearful. This is definitely a novella that you can go back and read again and again.

It's a relief that there are more books from Claudy. She is a fantastic author and after reading any of her books I'm sure you will agree. Prince in the Mist is simply a must read.

It may be short but boy does it pack a lot in.... loveable characters who get caught up in a strong plot that's got a sexy, handsome and roguish Fae Prince called Breslyn who breaks the rules and risks all because he lusts and loves Chartelle a beautiful but married mortal. This captivating story is based in Scotland in the year 1314 when Robert The Bruce was fighting against the English and Breslyn thought this was a worthy cause so got caught up in the action.... but his main love was Chartelle his first love.

Plenty of adventure, intrigue, magic, mayhem lust, sex, passion and a love story that spanned decades as loveable, loyal, tender and sweet Breslyn left the Fae realm to be by Chartelle's side and support her and her family because there's nowhere else he'd rather be. There's a secondary romance between her Druid brother and a woman with secrets.

Great narration, dual POV's and a sad ending but one that leaves you desperate to hear more from the Memoirs of the oh so charming Prince Breslyn, to find out what tale he will share with us and what Fate had in store for him next.

Where does Prince in the Mist rank among all the audiobooks you’ve listened to so far?

This is the first audio book I've listened to ever. I had already read and LOVED this book, but was given the opportunity to now listen to the story all over again. I have to say that I do still prefer actually reading the story rather than having it read to me, but I did ENJOYED THIS AUDIO IMMENSELY!!!

What I love best about this book is true really with all Claudy Conn books (and I've read them all!) is the connection with the characters. She pulls you in right from the start and makes you feel like you are part of the book and feeling what they are feeling. My husband makes fun of me all the time when he catches me crying while I'm reading. But I think it says a lot about an author that can create that kind of connection that gets those emotions from a reader! And this book has that and more!

He did a great job fitting our favorite Prince Breslyn!!

If you are a lover of paranormal romance, then this and the entire Legends series is a MUST!!

I want Breslyn all to myself!!!!

Would you consider the audio edition of Prince in the Mist to be better than the print version?

Yes, absolutely! I love how the characters come to life.

Have you listened to any of Anthony Goring’s other performances before? How does this one compare?

Yes, he does an excellent job breathing life into the story.

A magical experience sure to make you swoon, laugh, and bring you to tears.

I love all Claudy Conn's books, but this one has to be my favorite. It is even ranked in my five favorite books I ever read. It is beautifully written and listening to it was an amazing experience all on its own.

Before you begin reading The Legend series, please read this prequel first. I read the book, but the audio really grabbed me Anthony Goring did a fantastic job narrating this story....it kept my attention. I love how Claudy's characters are full of life, and they all make me want to love (or hate) them. Prince Breslyn is so hot and sexy....I love his character!!!

If you ever had to sum up the dreamiest guy ever, Breslyn would be it. Being a powerful Royal Fae is impressive enough, but when you throw in his gentle nature and his fierce protection of those he loves...let's just say he is fully swoon worthy.

Of all of Claudy's characters, he is definitely one of my favorites. He was the one who drew me into Claudy's world and kept me here, and for that, Claudy, I am eternally grateful.

What made the experience of listening to Prince in the Mist the most enjoyable?

What a lovely story. I started listening to this book in the car on the way to work, and instantly fell in love with it. I wanted stay in my car all day and continue listening to it! Prince Breslyn is an outstanding character who you will fall in love with right away, I know I did. Meeting Prince Breslyn's first human love was so exciting and new! Him breaking all the rules for his love was amazing to see. I really like fiction so the fact that it's not just a plain romance story, but also contains some fiction aspects is a huge plus.

Yes I would recommend this audiobook to a friend because it is such a wonderful read and Prince Breslyn very hot and sexy for a Fae. A very good story and a great era as well.

Prince Breslyn did right by the humans and choose not to kill but chose another way to get the evil people to pay for their crimes.

What does Anthony Goring bring to the story that you wouldn’t experience if you just read the book?

The way he narrated the story and the different characters.

Yes and actually I did.

Claudy Conn you did such a great job again and I just love all your books.

Would you consider the audio edition of Prince in the Mist to be better than the print version?

What other book might you compare Prince in the Mist to and why?

The end where Dante comes to earth to tell Breslyn what his human love said upon her death.

Fantastic Series can not wait to hear more !! and the Narrator did a wonderful job !

If you could sum up Prince in the Mist in three words, what would they be?

Have you listened to any of Anthony Goring’s other performances before? How does this one compare?

No I haven't, this is my first time and I loved it! He played Breslyn brilliantly

I absolutely loved this story.