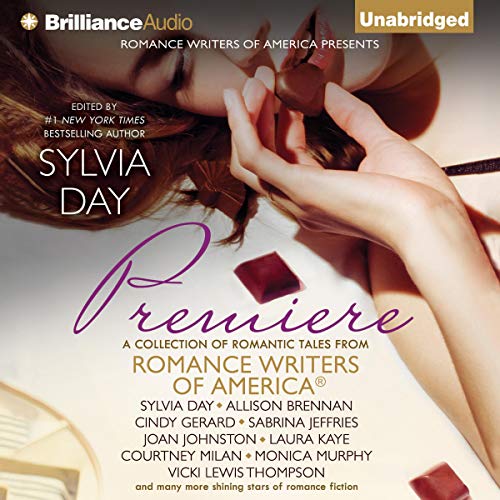 From Romance Writers of America comes a never-before-published collection of tales that showcases the breadth and complexity of the world's most popular genre of fiction!

New York Times best-selling authors Sabrina Jeffries and Courtney Milan take you on a trip back in time with lush stories of historical romance.

From the first love of young adult romance to tales of second chances, from LGBT romance to the realms of the supernatural, from contemporary to historical, from suspense to inspirational, the genre of romance has a story for every listener, and this blockbuster inaugural collection from Romance Writers of America showcases it all!

The copyright information can be found below:

There’s something for everyone in this patchwork of authors and performers. It allowed me to try some formats I might have skipped. Variety is the spice of life and love.

Quick listens, some better than others. But - if you need distraction and/or have a short attention span, short stories work. Easy listening - some more graphic than others. Quite diverse.

I thoroughly enjoyed a lot of the stories some of them made me want to read more of specific authors books. There is a nice variety for everyone. All in all it was entertaining.

Some of the stories were amazing and some were just okay. They also were performed very well.

These were the most boring stories I have ever heard. I hope that I never come cross another book like this. There were a few that were decent. The rest could not hold my attention.