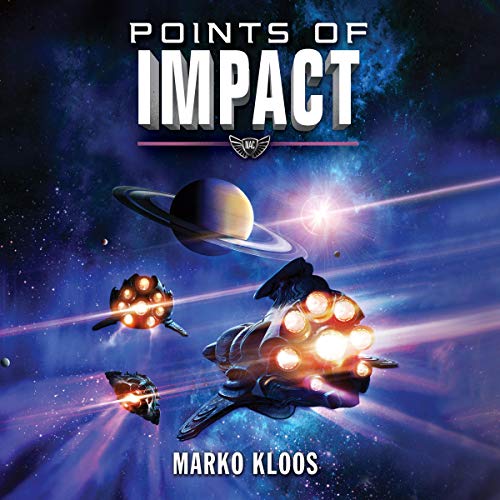 Humankind may have won the battle, but a new threat looms larger than ever before....

Earth's armed forces have stopped the Lanky advance and chased their ships out of the solar system, but for CDC officer Andrew Grayson, the war feels anything but won. On Mars, the grinding duty of flushing out the 20-meter-tall alien invaders from their burrows underground is wearing down troops and equipment at an alarming rate. And for the remaining extrasolar colonies, the threat of a Lanky attack is ever present.

Earth's game changer? New advanced ships and weapons, designed to hunt and kill Lankies and place humanity's militaries on equal footing with their formidable foes. Andrew and his wife, Halley, both now burdened with command responsibilities and in charge of more lives than just their own, are once again in humanity's vanguard as they prepare for this new phase in the war. But the Lankies have their own agenda...and in war, the enemy doesn't usually wait until you are prepared.

As Andrew is once again plunged into the chaos and violence of war with an unyielding species, he is forced to confront the toll this endless conflict is taking on them all, and the high price of survival...at any cost.

So this is a filler book. Pure filler. And not fun filler no, boring filler. Like no action until hour 5. And then its very short.

Instead a third of the book is devoted to a recap of the setting and filling out the details. Which only serves to spotlight how absurd the setting is. The author seems to have literally just arbitarily made every facet of the setting negative. Even if it makes no sense. Earth is covered by smog, even though there are no pollution sources. Just hydrocars, hydrotrains and fusion plants.

Overpopulation is rampant but everything is somehow understaffed.

The government is evil unless being evil would help something, then its incompentent. Just because.

Weapon technology is super advanced, but everything else sucks just because.

And the author keeps treating money as a resource instead of a currency. So for a military series, it has no sensible logistical structure behind it at all. And logistical strategy are like half of what makes a good war story.

The rest of the book is devoted to recapping previous books and some throw away rushed relationship building.

The actual unique developments in the book fill a really short bulletpointed list. Which Im sure all will be recounted verbatim next book. Because they'll want it as filler. So skip this book, wait for the next. Thats my recommendation.

Meeting up with old friends that you actually miss

I feel like I have experienced many elements of this story in previous Frontline novels in some shape or form however, unlike other novels where characters and plot lines can get stale/tedious I enjoyed this book. It was interesting revisiting many of the planets and characters from the previous books after the passage of time and under different circumstances. Overall, I find that I am still interested in finding out how Andrew and Halley‘s story will end, and would really enjoy other stories in the Frontlines universe (e.g. Lazarus brigade, and the future).

Not enough of a story

The whole story of this book revolved around getting a new ship up and running. Then ONE battle. That's kind of a joke for one whole book. Readers deserve more meat. Luke Daniels was, of course, as always, absolutely perfect though. Can't beat Luke.

I heard all the other main books of this series, and this is properly the book that has the least action and interesting events. Most of it is catch up from what has happend since the last book, and how the main characters state is. Don't get me wrong, i was not bored and dont regret buying this audio book. Interesting stuff still happens :)

Tough Read in a Fabulous Series

It pains me to write this review because I completely loved this series, but honestly this book was a flop for me. It seems like 90% of the book was all about mundane and boring events and was missing the action and excitement and imagination from the earlier books. I was really disappointed. But, once again the narrator crushed it. He's fantastic and is great to listen to.

Worst of the series...

I have absolutely enjoyed the entire series following Andrew Grayson. However, this installment of the series seems to be lacking the depth and sincerity in the previous novels. I felt like only the last 3 to 4 chapters had that feel to it that I remember. The first 18 or so chapters could have all been combined into probably about 3 to 4 to set the tone, but then I would’ve wanted an additional chapters after they return to earth to follow their storyA bit more.

I’ve enjoyed the series so far but this one indicates that the author is running out of ideas. The Lankies haven’t evolved in any meaningful way while the humans have essentially figured out how to kill them on demand. It’s now Protoss vs Big Zerg. Still nothing on the biology of the lankies or their back story and no progress on communication with them. Yawn. Mostly a bunch of self dialogue about whether to keep doing what he’s been doing with no resolution.

My hope was that the last book was an anomaly, but after this book I am am afraid Kloos has run out of ideas. I thought I was listening to a diary being read by a Priest and actually dozed off on two occasions. These last two books are thousands of miles from the fast moving, suspense filled hours of enjoyment of the first four books were.

Hope Kloos can get it back with the next book

This was the slowest book of his I listened to. I understand the first book being slow to action because you have to introduce the characters but this is book six! I would have like to have the action start before the last 4 chapters of the book. Hopefully the seventh book has more combat action in it.

Marko Kloos delivers us a disappointing book in his Points of Impact, book 6 in his saga. In my opinion this is a book that should never have been allowed to be published.

The publisher seems to be eager to just earn of previous success with this empty shell of a book, and honestly it makes me think twice of picking another one of his books up. It is at the best of times average, and that is a generous assessment of this. Most of the time the storyline is boring and repetitive.
The author did not have to dig deep for this one, and I am sure that an editor could easily just have put this together from notes gathered from the writer.
It lacks so much that should be in a finished product of a book that gets to publishing, but I shall not go on. I urge you to stay away from this one. You will not miss anything in the plot by skipping this book.

The narrator does a good job with what he has been given, the poor man, but it is not enough to rescue this work of utter … from failing, nothing could.

unfortunately not much happened, it was a drawn out begining and a then a little bit of the greater story continuing.

A large chunk of the first book was truning, but back then it worked. It made sense and seeing where the protagonist came from it made sense, but this time the whole winding up did not.

If you liked the prev. books, you'll like this one

not so much action than in some of the previous books, familiar characters, new tech. I enjoyed it.