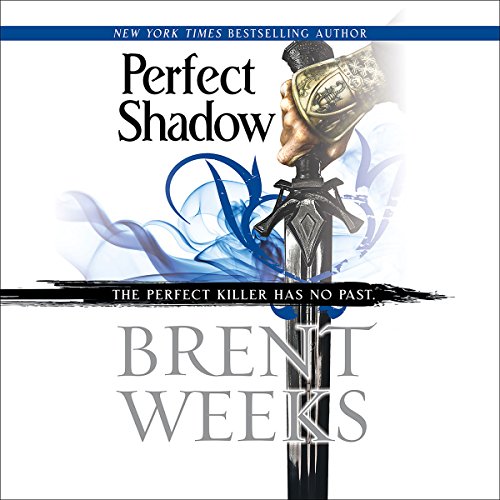 "I got a bit of prophecy," the old assassin said. "Not enough to be useful, you know. Just glimpses. My wife dead, things like that to keep me up late at night. I had this vision that I was going to be killed by 40 men, all at once. But now that you're here, I see they're all you. Durzo Blint."

Durzo Blint? Gaelan had never even heard the name.

Gaelan Starfire is a farmer, happy to be a husband and a father; a careful, quiet, simple man. He's also an immortal, peerless in the arts of war. Over the centuries, he's worn many faces to hide his gift, but he is a man ill-fitted for obscurity, and, all too often, he's become a hero, his very names passing into legend: Acaelus Thorne, Yric the Black, Hrothan Steelbender, Tal Drakkan, Rebus Nimble.

But when Gaelan must take a job hunting down the world's finest assassins for the beautiful courtesan - and crimelord - Gwinvere Kirena, what he finds may destroy everything he's ever believed in.

Good, but not great.

This is a must-have for anyone who is enthusiastic about the Night Angel series. That being said, the narrator really distracts from a great plot. I really wish he had done his homework and listened to the previous books, names were mispronounced, weird accents were assigned ect. Just grit your teeth and try your best to enjoy the content and prey Weeks writes more Night Angel goodies with a new narrator on the payrole.

After listening to the series, I thought this would be a nice follow up. This would allow me to know how Durzo got started. I started listening to this book and the narrater's voice had such poor reflections that it was putting me to sleep. What a shame to have such a good writer waste a good book on someone that can't bring the characters to life. Not sure why he went away from Paul Boehmer but it is just a shame. Well it didn't cost much and I'll go buy the paperback book when it comes out. I will not attempt to listen to this again. That is how bad this narrater is.

Terrible narration! Sub par story compared with Weeks's other work. Worth the three dollars though and with listening to if your a fan!

nice to get some background on the hero

What made the experience of listening to Perfect Shadow the most enjoyable?

getting more of the history of this series.

from hero to assassin.

Not my favorite narrator but not bad either

A must if you read the trilogy but this has spoilers so do not start here.

Thanks for more insight into Durzo

Yes, but only after listening to the Night Angel Trilogy. It feels like a prologue and gives you insight into my favorite character of the trilogy.

A great look at Durzo

I really enjoyed this short-story, but the music at the beginning and end covered up some of the speaking and was much louder than it should have been.

So intersting to hear the dialogue between Durzo and the Kakari. Weeks does a great job delving into Durzos losses and how he wound up a wetboy. Loved this book.

Loved hearing things from the perspective of Durzo. I love Brent Weeks and his writing