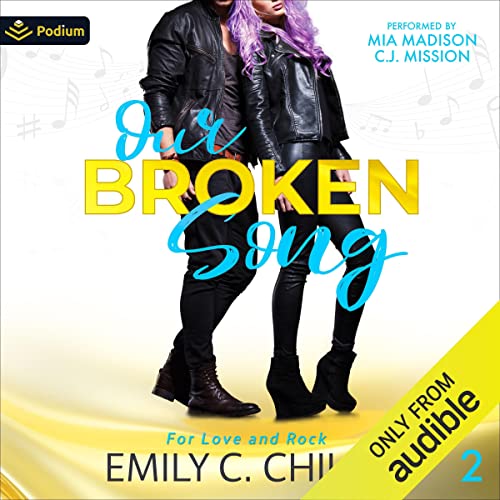 His kiss knocked her off her feet. But the next day…he hated her.

Pop rock princess Ellie Walker is an expert at navigating the world of rock and roll. She’s the sunshine girl who befriends even the wildest of rockstars and fans.

Except when it comes to Tate Hawkins.

The grumpy, annoyingly sexy drummer of Perfectly Broken tilted her world once, but now spends his free time shooting her with dagger eyes.

She has no idea why, and she certainly doesn’t care. The kiss was a mistake, and she’s over it. She’ll just keep avoiding him and wooing his best friends and bandmates until he’s red in the face.

But when a member of Perfectly Broken drops out of a headlining tour, the studio scrambles to find a replacement. Their best option: Ellie.

One thing is for sure, tour buses and stages aren’t big enough for both of them. With every moment they’re forced to spend together, sparks fly, secrets unravel, and tension borders on irresistible.

But when the tour ends, will they give love a chance, or will their fiery relationship explode?

Our Broken Song is book two of the For Love and Rock series, a mix of sweet and sizzle, toe-curling kisses and swoony book boyfriends, with a happily ever after.

I read several of these books to keep an open mind.

This is a well written book and a really good story there is a "BUT" the way this book is advertised is very misleading - make no mistake its very very PG. Yes the characters are a bit broken and there are cracks - but the story doesn't go down the darker or broodier paths.

This one deals with anxiety and trust but only brushes the surface. Its nice but is a catalyst to a sweet romenace with very little grit.

It has Zero Steam or sensuality and it brushes over anything remotely sexual.

It's teen friendly rather than adult focussed. Its family firnedly and a swooney romance .This read is so safe that it 's safeness is the only element of the book that's dissapointing.

The readers are really excellent . Whilst my review is a bit tough on the genre I thoroughly enjoyed the light read.