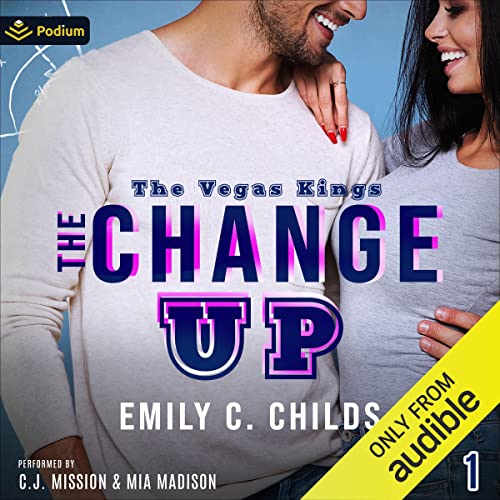 Parker Knight is a smooth-talking pitcher with a smile for days and a roster of broken hearts behind him. Those are only a few reasons why a guy like him is never getting near my heart.

After making a move to prove I deserve a place within my dad's baseball empire, the last thing on my mind is a playboy pitcher.

I didn't know who he was when we randomly met off the field, and Parker certainly had no idea I'm the team owner's daughter. He thought I was going to be his next conquest. I didn’t mean to shut the guy down so hard, and I didn’t expect to see him in my gym on the first day at the office.

No one has ever seen the real guy behind the bad boy of baseball, but the more I get to know Parker, the harder it is to ignore the feelings I'm catching. I’ve had my heart broken too many times before. How can I trust it with the biggest heartbreaker of them all?

The Changeup is a sports romance that's a mix of sweet and sizzle, with toe-curling kisses, swoony book boyfriends, and a happily ever after.

My Love Lanaguge is the Titanic

This was easy, light, & heartwarming. Loved Sky & Parker's love & quirkiness. There was a bit too much talk of titanic for me, which made the climax and ending a bit obvious, but hey... it made me laugh, roll my eyes, and fall for Parker all over again. Wished there was a bit more world building and build up for our couple, but it was a quick and easy read. Didn't need a lot of pages to know Parker was Sky's ride or die.