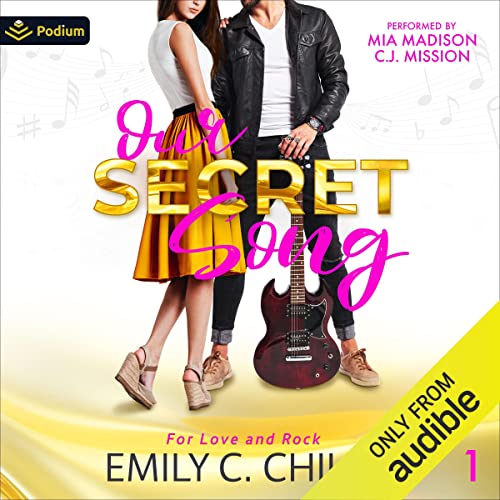 He’s the hottest rock star in the country. She just became the jilted, homeless librarian of Las Vegas…and his roommate.

When Bridger Cole sings, the women of America think he's singing to them. No one needs to know every lyric is inspired by his best friend's little sister, the woman who annoys him and makes him want to grow old in matching rocking chairs at the same time.

Everything changes when she shows up in a crisis...and she's looking for a roommate.

But when the press catches wind of a new woman in his life, Bridger's management is quick to use the opportunity to repair his wicked rock star reputation with the public. Use his lifelong frenemy in a good-girl changes the bad-boy ploy? Easy.

Watch her sing in his kitchen each morning and become besties with his dog? Harder.

The For Love and Rock series is a mix of sweet and sizzle, toe-curling kisses, swoony book boyfriends, and a happily ever after.

Really nice story BUT it is YA in disguise

I read several of these books to keep an open mind. Its a well written book and a really good story there is a "BUT" the way this book is advertised is very misleading - make no mistake its very very PG. Yes the characters are a bit broken and there are cracks - but the story doesn't go down the darker or broodier paths.

It has Zero Steam or sensuality and it brushes over anything remotely sexual.

It's the kind of swooney sweet romance that you want your teenagers reading. This read is so safe that it is the only element of the book that's dissapointing.

The readers are really excellent and bring life to the story. Whilst my review is a bit tough on the genre I thoroughly enjoyed the light read.

Loved it! Very descriptive… like I was actually there in the plot with them! Great sweet romance series!

This book is one of the most True love Romance books I have ever read and I have been reading books for a long time .I can't wait to start another book by this author.

This book kept you reading. Humor and the angst of characters were great. Ready for next in series.

This was a beautiful story. I enjoyed listening on audible. Good writing as well. I loved the performance. They were definitely made the story better. Highly recommend

Didn’t care for the female narrator

She wasn’t bad just not what I expected for Alexis. But a great story and fun series. Also the break off series with Parker and the Kings.