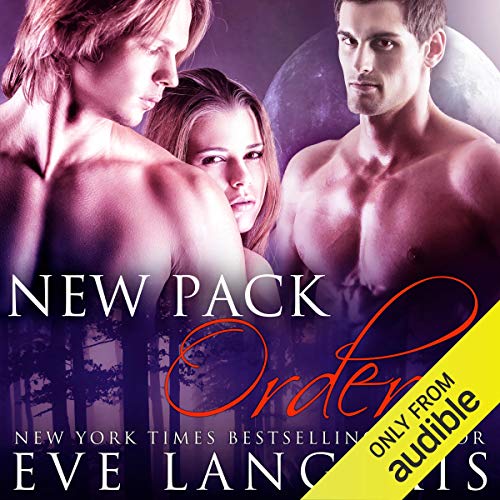 A Lycan rogue trying to escape his past.

A human coming to grips with her new heritage.

The death of an evil vampire hybrid should have meant the end of the troubles plaguing the werewolf packs. Instead, it's just the beginning....

Marc can't escape the memories of what he did while under Roderick's mental control, but he can attempt to atone. He begins his quest by saving a female Lycan who needs guidance - and a mate. The problem is convincing her to accept his help, and his love.

Thaddeus has lived too long to waste his time playing the games the other vampires indulge in. However, when it comes to keeping his kind safe from the notice of humans, he'll do what it takes to stop a madman intent on starting a war. He embarks on a one man quest to avert disaster, but along the way discovers even a killer can become a hero - and a lover.

Antonia might regret losing her humanity, but with a werewolf and a vampire at her side, she discovers an inner strength and passion to not only live and fight, but to love, not just one, but two very special men.

Would you try another book from Eve Langlais and/or Leo Barnabas?
I love Eve Langlais books.. Not sure if it was the narrator or just the story but it just did not work for me this time.

Any additional comments?
need a new narrator or just done a bit different.

What in the world ? Great book but the story isn't finished. What happens next? Is Sasha next?

Funny and entertaining, but dragged...

This is the fourth book in the series and it was good. Not bad nor great, but good. There was quite a bit of laughter and it was entertaining, but... there was soo many times I found myself drifting off and totally lost what was being said. There was so much 'fluff' or ideas being dragged out, several scenes that were irrelevant to the book. All in all, this author is FANTASTIC!!! This series was the first that I was like, eah... good listen if you have the romance package.