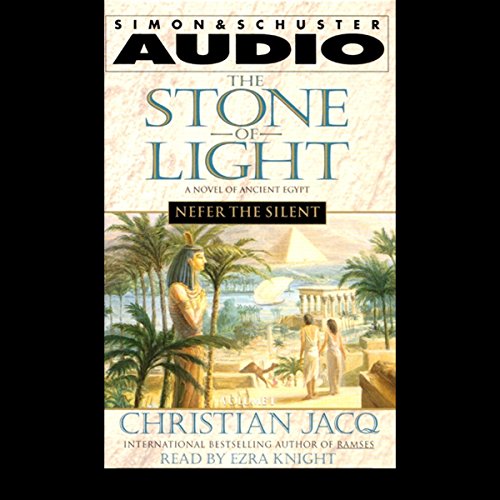 They built a civilization ahead of its time, and dominated the ancient world. They defined an era of war, love, passion, power, and betrayal.

They were a people of mystery whose secrets have turned to dust - but who inspire our awe and wonder even to this day.

The ancient Egyptians showed us how to live. And how to die.

Christian Jacq, author of the international triumph Ramses, brings the people and the passions of ancient Egypt to life in this enthralling epic novel.

Deep in the heart of the Upper Egyptian desert lies a forbidden village, where bands of artisans prepare the tombs of the Pharaohs. Guarded by a handful of elite soldiers, the hidden city shelters the most precious of treasures: the Stone of Light, a legendary stone of magical power. When a devious military officer schemes to infiltrate the city and capture the sacred gem, his subversive plot is thwarted by an unlikely hero: a desert wanderer who falls into a maze of treachery and betrayal, desire and danger.