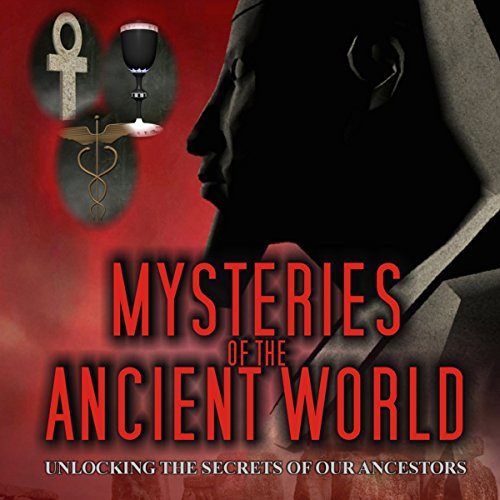 Mysteries of the Ancient World

Reality films is pleased to bring you an unprecedented 3 program set featuring some of the worlds most cutting-edge authors in the Body-Mind-Spirit and Meta-Physical genres.

Secrets of the Serpent: After years of research, the real religious history of the world can be told. In Secrets of the Serpent, Philip Gardiner for the first time reveals that the world’s most mysterious places were once sacred to the Serpent Cult. We now have answers for the many symbols and myths often confused by those who believe in ancient astronauts. The author reveals the real “bloodline” spoken of by Dan Brown in The Da Vinci Code - was in fact a serpent bloodline.

The Cross of Thoth: Deep within the great pyramid is a secret that has remained hidden for over 4000 years. An ancient instrument designed to unlock mysteries that have baffled mankind for generations. Within this film you will find the knowledge of the greatest Magicians who ever walked our planet. Crichton Miller in his intrepid journey to uncover the secrets of the past has stumbled upon a symbol that can only be called a great treasure - a profound secret used for millennia, once lost and now revealed for the first time.

The Real BloodlineTim Wallace-Murphy talks about the real bloodline of Jesus Christ and Mary Magdalene, the Secret Brotherhoods, the Knights Templar, the Cathars and the Sufi’s revealing the spiritual truths held sacred by these groups for centuries. Interviewed exclusively for Reality Films, we are given a wonderful and mystical insight into the true wisdom of the ages. If you have been intrigued by The Da Vinci Code then what you are about to experience will have you awe inspired. Prepare to enter a world of mystery….

This was the most frustrating Audio Book because I could not hear what the narrator was saying. Loud music was playing constantly, and half of the time, it was dreadful Hard Rock screaming noise.

People should know what they are paying for before they purchase. I've listened to Gardiner's previous book, Secrets of the Serpent, and Mysteries of the Ancient World is about the same but more to the point. This book does, however, follow the same musical production style as his serpent book. That is, music is played continuously from second 01 through the end of the audio book. Rather loud music. Most of the music is decent, though loud, but there were also a number of metal songs played which was horribly distracting. I like heavy metal but anyone should know better than to put such music in an audio book.

Furthermore, you should know that much of the book is dramatic musical pauses between statements. Chapter 3 and the beginning of chapter 4 is literally 20+ minutes of straight music, no reading. So when you purchase this know that you are not getting 3 hours and 17 minutes of book.

Chapters 4-8 are interviews of the other authors: experts in ancient Nordic, Celtic, Egyptian, Roman, etc... life and their associated symbols throughout history. This book contains great information if you can just get past the musical additions. You are spending ~$15 for this, which is very steep. I suggest reading his books instead if you think the music will bother you because obviously whoever is producing his titles is not paying attention to all of the negative music reviews people are leaving behind.