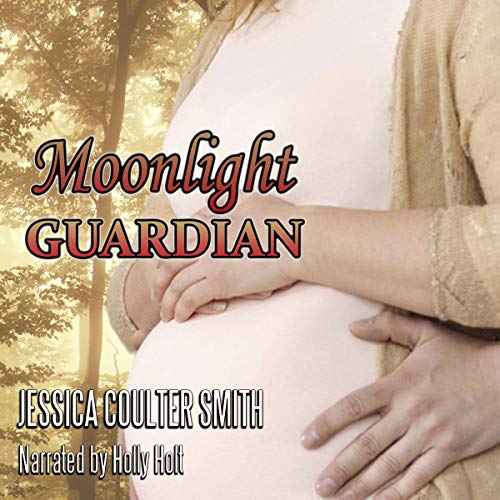 Michael Andrews is the last of his brothers to find his mate. He's played it tough, trying to convince his family that a mate is the last thing he wants, that he enjoys having a different woman every week. In reality, he's afraid. He wants to find his mate and thinks he may already have, but what if he won't be a good husband? Maybe, he just isn't made to love someone.

Chloe Stevens is on her last leg. She found a guy she thought was great, only to end up pregnant and have the guy vanish into thin air. Then, she lost her job and consequently, her car. Now, she's facing eviction. Five months pregnant, no job, no car, and now, no home have forced Chloe to do the one thing she swore she wouldn't: contact the father of her baby. She may have just been a fling to Michael, but their few days together had meant more to her.

When a pregnant Chloe shows up looking for Michael, he's stunned to find out that he's going to be a father. It appears that fate is determined to put the woman in his path. But is Michael willing to fight for Chloe when another werewolf decides to claim her?

Spoilers
The girl is extremely contradictory and the guy is very toxic.
The guy is a scum bag. He abandoned her. When she became desperate she tracked him down. He wasn't happy or nice. He yelled at her so much she ended up in the hospital. He continued to sleep around while being jealous of her. She met and fell in love with his friend. The friend was really wonderful (dream guy material). Her baby daddy decided to mess up their relationship and suddenly dream guy is sent away by the pack alpha. Baby daddy makes his move and she goes for it no idea why. She even points out that she's given him lots of chances and he always blows them. So while dream guys away she marries the baby daddy. The whole thing is so messed up.

We finally get Michael’s story. He was a little frustrating but when he actually steps up, he does it in great fashion. Poor Chloe, she went through so much but at least she got a happily ever after. This was a fun and entertaining story. I enjoyed every single moment of this story. Narration was great!

This story follows line with the previous ones you see some of the same members as before and some new ones. It did however keep you guessing and wondering who she was going to end up with in the end. She had no idea where wolves were even real let alone that she was carrying one. I will say my heart went out to the mail that she did not end up with. And the way it left you you know he is the next one to find his mate. But it still made me scream.

This is the fourth story in the "Ashton Grove" werewolves series. It is a stand alone read/listen. I wanted to like this story more but I had a hard time listening to it. I think it was more the narrator than probably the story. I did want to slap both characters upside the head. The story is a fairly quick read/listen. It is about Chloe and Michael. She is pregnant by a man she thought was the one but he has been ghosting her for several weeks. Michael is a player that does not believe in "The One". The story starts with her desperate and needs to find help from Michael. When he finds out he is surprised. I did not care for the main characters she came off as winy and he was a big jerk. Both characters were wishy washy, irritating and you cannot even feel the chemistry between them. The dialogue was not good either. I did really love the man/shifter who stepped in to help her. I hope he gets a good story.

This is my first book from this author. I am not impressed. There is a love triangle. The heroine chose the wrong guy! I won't tell you which one. I don't do spoilers. But I was so disappointed.

There is not much werewolf activity in this story. And that's ok with me.

I was gifted an Audible version of this book from Story Origin. I really like this narrator. She adds alot to the story. Even her male voices are done very well.

3.5 stars
Okay - this is book 4 in Smith's Ashton Grove Werewolves series but I think this is the first I've read / listened to in this series. Overall I thought it was a good read / listen, the storyline was good and the narration was well done too. Our main characters are Chloe and Michael. Chloe is a confusing character for me. She acts like she's this strong independent woman but then everything she does conflicts this persona. Michael is a playboy with no thoughts of settling down until all of a sudden a preggers Chloe shows up and now she's the only one he wants and acts a fool. I found these two characters so wishy washy it was really hard to root for their HEA - and maybe that was the point. Supporting characters seemed so much more down to earth and reliable. All that said, I really couldn't stop listening to this read cause I wanted to find out which way Chloe's affections would end up in the love triangle she made for herself. Looking forward to seeing how supportive character Ramsey will find his HEA after being heart hurt...

This book was given to me for free at my request and I voluntarily provided this review.

I don't know what to say.

I listened to this book because I really enjoyed the Alien series by the same author. The first 9 minutes were interesting, then Cloe turned into a self doubting winger. Michael was an idiot. The part I really liked was a nice fella who was falling for her.
The narrator puts a lot of attitude into the voices maybe that put a negative spin on the characters? but there was a lot of negativity in the writing too! The story relationships became contradictory and I felt unhappy with the plot and made myself listen just to find out if the nice guy got the girl.