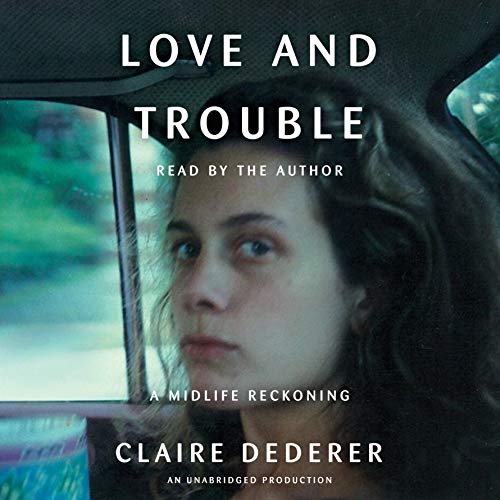 From the New York Times best-selling author of Poser: My Life in Twenty-Three Yoga Poses, a ferocious, sexy, hilarious memoir about going off the rails at midlife and trying to reconcile the girl she was with the woman she has become.

From her hilarious chapter titles ("How to Have Sex with Your Husband of Seventeen Years") to her subjects - from the boyfriend she dumped at 14 the moment she learned how to give herself an orgasm, to the girls who ruled her elite private school ("when I left Oberlin I thought I had done with them forever, but it turned out...they also edited all the newspapers and magazines, and wrote all the books"), to raising a teenage daughter herself - Dederer writes with an electrifying blend of wry wit and raw honesty. She exposes herself utterly, and in doing so captures something universal about the experience of being a woman, a daughter, a wife.

"When I got my hands on Claire Dederer's new book, I instantly turned off my phone, cancelled all my appointments, curled up in bed, and read all day in grateful - and thoughtful - abandon. As always, I was delighted with what I found in her writing. Dederer is not only a brilliant author, but an honest and brave one, who is not afraid to deep-dive into her own history and her own heart in order to examine what it really means to be a woman right now. Love and Trouble is a book caused me to think differently about marriage, about intimacy, about middle-age, and especially about what it means to have once been a sexually adventurous teenage girl. I saw myself all over these pages, and a think a lot of other readers will, as well." (Elizabeth Gilbert)

I no longer feel alone. Comforting to know that eventhough the narratives of our life are different, our struggles as women approaching middle age are the same.

I enjoyed the book overall, but was a little surprised by the way it ended, seemed a little too abrupt. Was definitely thought provoking. Things already feel different for the modern young woman and girl, however we should not forget important lessons learned over the last few decades on how we can and should both protect women and girls and give them their freedom. I think the next big push needs to be on how to raise boys to confidently play an important role in contributing to the reality of a free and safe world for females.

This was a waste of my time and added no value.

The story narrowed the world rather than broadening it. What it discussed is not new. I'd suggest (unasked for of course) that the author find something to be about that is bigger than her own ego, a past life, or the chip on her shoulder. I forced myself to finish the book on speed 3x so I could lay it to rest.

Clipped and to the point.

Sense of humor and raw display of honesty spoken with a voice that makes you want to keep listening and become Claire's friend. .

Listening to this book is worth your time, especially for women of the boomer generation. It examines the sexual dilemmas of feminists who grew up in 70's, their role as mothers to ensure "safety or freedom" for their daughters. There are also funny anecdotes about the vicissitudes of author promoting their books in the boondocks,

Disturbing yet beautifully written and insightful

Being one year younger than Claire, I can relate both to her young self in the 70s 80s and 90s and in my 40s with honestly the scare of getting older. Loved this book can relate to it when it comes to pop culture, philosophy, being a woman of my generation, You rock intelligent Claire Dederer and I'm totally heterosexual lol,

I really loved this book. I thought I that Claire hits dead on about the difficulties and joys that come with being a woman heading into middle age. It was hard to hear sometimes but let me tell you something, the truth generally is.

Disappointing! It's a very strange book.

I kept listening, hoping for something. the story jumps all over and never hit it.

I am 3 years old older, also a life resident of Seattle. This book was was VERY graphic in detail, for me, uncomfortably so. Some, but not just like my experience.