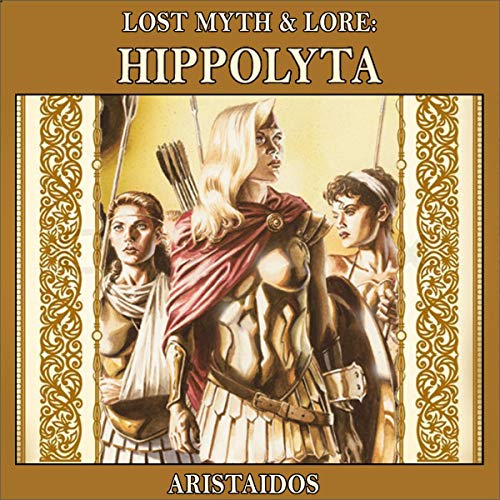 From the writings of Aristaidos, this collection contains three epic tales of Greek mythology featuring the amazon queen and heroine Hippolyta.

"Hippolyta and the Basilisk" - When a terrifying monster cursed by the gods threatens a village near Themiscyra, the amazon Queen Hippolyta ventures forth to put the creature's reign of terror to an end.

"The Megarian Incursion" - The 50 ships appearing off the coast of Themiscyra raise concern in the Greek amazon city, and when invasion comes, Queen Hippolyta and her greatest warriors fight to defend the city from the fearsome Megarian Commander Diokles and his fabled sword forged by the god Hephaestus.

"Hippolyta's Grand Procession" - The war between the outnumbered amazons and the Megarian invaders rages on, and Hippolyta must utilize her wit and will as she faces off against the cunning Megarian Commander Diokles, bringing the war to ultimate conclusion within a narrow pass through jagged mountains.

The writings of Aristaidos center around the legendary Greek amazons of Themiscyra, presenting Hippolyta as an unmatched Greek mythology heroine with deeds and glory to parallel the tales of the Argonauts and Hercules.