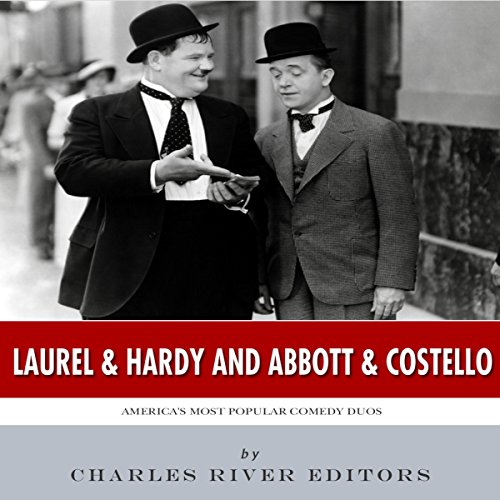 By the 1920s English comic Stan Laurel had been in dozens of films, and American Oliver Hardy had appeared in hundreds, but it was not until they formed a duo together in 1926 that they began to truly be noticed. Once they did, however, Laurel and Hardy became one of the most famous comedy teams in American history, with a career that spanned four decades and included over 100 combined shorts and feature films. Even today, nearly 60 years after their last performances together, Laurel and Hardy are still popular, alongside legends like The Three Stooges and Abbott and Costello, and their routines are still watched across the globe.

Perhaps most importantly, Laurel and Hardy were forerunners of slapstick comedy and thus influenced those that followed. Their complementary style of slapstick humor, with the thin, childish Laurel acting as a foil for the overweight and overly pompous Hardy, offered a template for others to follow, and the duo established several famous gags that other acts like the Stooges subsequently mimicked. For example, when Laurel occasionally came up with a smart idea, something completely out of character, the surprised Hardy would ask him to repeat what he just said, and Laurel would be unable to replicate it. That theme would recur with Curly and the Stooges, and Laurel and Hardy's use of "D'oh!" has been made even more famous by Homer Simpson in The Simpsons. Of course, the physical aspects of their slapstick, which often included destruction and mayhem, proved popular for them and several groups as well.