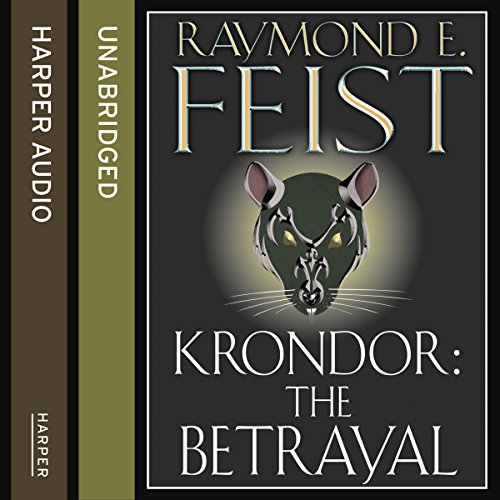 From the endlessly inventive mind of one of fantasy's all-time greats comes a spellbinding new adventure featuring old favourites Jimmy, Locklear, and Pug.

It is nine years on from the aftermath of Sethanon. There has been peace awhile, and it's been needed. But news is feeding through to the people of the Kingdom of the Isles that deadly forces are stirring on the horizon. The bringer of the latest tidings is Gorath, a moredhel (dark elf).

The bloodletting has started. Nighthawks are murdering again. Politics is a dangerous, cut-throat game once more. At the root of all this unrest lie the mysterious machinations of a group of magicians known as The Six.

Meanwhile, renegade Tsurani gem smugglers, a rival criminal gang to the Mockers led by someone known only as The Crawler, and traitors to the crown are all conspiring to bring the Kingdom of the Isles to its knees.

"File under guilty pleasure." ( Guardian)
"Get in at the start of a master's new series." ( Daily Sport)
"Well-written and distinctly above average...intelligent...intriguing." ( Publishers Weekly)
"Epic scope...vivid imagination...a significant contribution to the growth of the field of fantasy." ( Washington Post)

A novelization of the 1993 RPG Betrayal at Krondor

Any fan of the author or fantasy in general, will appreciate this book. Even if you are not familiar with the World of Midkemia, this serves as a good introduction to it. You will want more afterwards.

If you have played the video game to this book, this is an excellent way to relive the story and also gain more insight into it. As I listened, images from the game I played so many years ago came back to me. Lovely for nostalgia.

I did feel great sorrow at certain parts, no spoilers here, but i wished certain things could have been different. I grew to care about the characters and their well being very much.

In the beginning of my listening, I did feel Mr. Joyce was reading a bit slowly for my taste, had to speed it just a little bit, and that rounded things out for me in regards to the performance of Mr Joyce. 1.05x was my sweet spot.