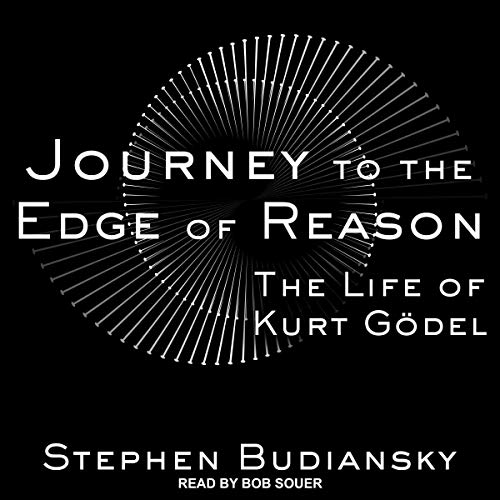 Journey to the Edge of Reason

The first major biography of the logician and mathematician whose incompleteness theorems helped launch a modern scientific revolution.

Nearly a hundred years after its publication, Kurt Gödel's famous proof that every mathematical system must contain propositions that are true - yet never provable - continues to unsettle mathematics, philosophy, and computer science. Yet unlike Einstein, with whom he formed a warm and abiding friendship, Gödel has long escaped all but the most casual scrutiny of his life.

An intimate portrait of the scientific and intellectual circles in prewar Vienna and a vivid re-creation of the early days of Princeton's Institute for Advanced Study, Journey to the Edge of Reason is the first biography to fully draw upon Gödel's voluminous letters and writings - including a never-before-transcribed shorthand diary of his most intimate thoughts - to explore his profound intellectual friendships, his moving relationship with his mother, his troubled yet devoted marriage, and the debilitating bouts of paranoia that ultimately took his life. It illuminates the mind-bending implications of Gödel's revolutionary ideas for philosophy, mathematics, artificial intelligence, and man's place in the cosmos.