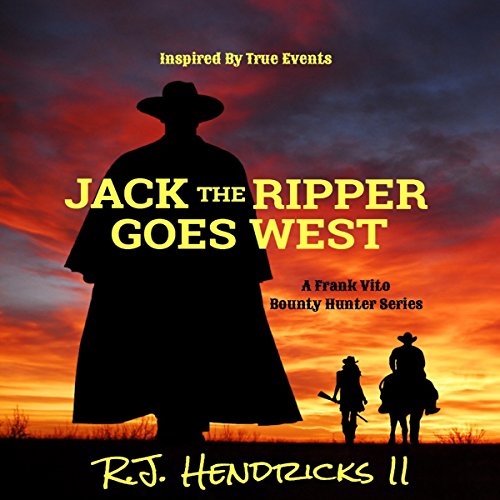 "Wonderful suspense and the anticipation increased as the story developed."

Jack the Ripper has come to America....

When a prostitute turns up murdered in Abilene, Texas with all the hallmarks of Jack the Ripper, and Scotland Yard suspects Jack is an American on the run, Edwin Greaves, an English reporter, knows where he has to go to write the story of a lifetime. However, gruesome murder isn't all that he'll find in America.

Frank Vito and his partner Ellie Stockwell are on the hunt for their elusive bounty Bloody Bob Anderson and come across reporter Edwin Greaves on a stagecoach to Abilene. They learn from him all the gory details of the Ripper murders in London, and his suspicions that Jack the Ripper has struck again in Abilene. Frank's not too thrilled with the way Ellie looks at the charming Englishman, but he can't resist a good case.

Just like in Whitechapel, when Frank, Ellie, and Edwin arrive in town, more women are killed with Jack the Ripper's signature, and the body count is growing larger every day.

Can they catch Jack the Ripper before he vanishes again into thin air like he did in London?

What some Amazon reviewers are saying:

"Worthy of the five stars and possibly more, but that is the max allowed."

"An excellent story intertwining the person of Jack the Ripper with our heroes Frank and Ellie."

Jack the Ripper Goes West is the thrilling third installment in the best-selling Frank Vito Bounty Hunter series but can be heard as a standalone novel.