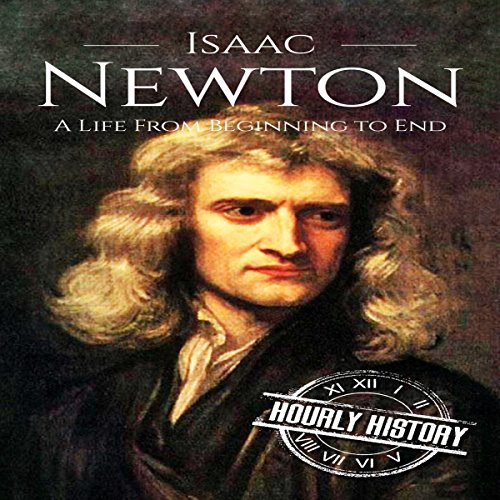 Isaac Newton: A Life from Beginning to End

Isaac Newton seemed to be a most unwanted child of the world. Ignored by his mother, scorned by contemporaries, seemingly at war with the world in which he lived, Newton turned his energies to things unseen. His laws of motion and law of universal gravitation would set the stage for a most extraordinary life.

Inside you will hear about....

Follow along as you travel from a rugged stone farmhouse to Trinity College, Cambridge to the halls of London exhibitions where Newton found himself the celebrity of the age. Looking back on Aristotle, and inspired by all that Galileo had brought the world, Newton made his life work much of what is heralded as the modern age. He saw what no one else did, and his vision saw into the universe. See how he did it, and why.

Developed the theory of gravity still partially in use today in quantum physics back then.