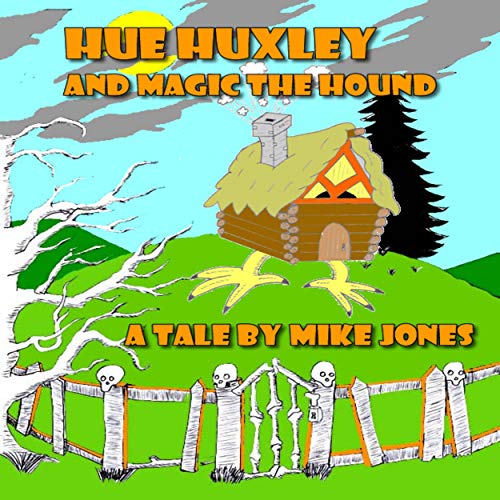 Hue Huxley and Magic the Hound

Hue's life is transformed from the mundane to the fantastic when his father, Howard, attracts the attention of Baba Yaga, the iron-teeth, Witch of Misfortune. Enraged by Howard's comments, she brings misfortune to him, and then turns on Hue for his insulting disbelief of witches.

As Baba Yaga executes her misdeed, Ganesh, the elephant-headed, Deity of Good Fortune, spies upon her. Ganesh takes favor on the Hue and dispatches one of his familiars, a charmed Pharaoh hound called Magic, to protect the now fatherless boy. Baba Yaga, nonetheless, sends Hue and his friends to Tartarus, the underworld of Hades, where he meets Oceana, the daughter of Poseidon. Hue rescues the Sea Princess and they flee over the inverted Bridge of Doom.

Baba Yaga finally has Hue imprisoned in the dungeons of Lowermost Castle. But with the help of a chatty Cherub and some rubberry ointment, Hue is able to squeeze from his cell. But will he be able to save himself and his friends from the menacing creatures of the castle, and return home to his own world?