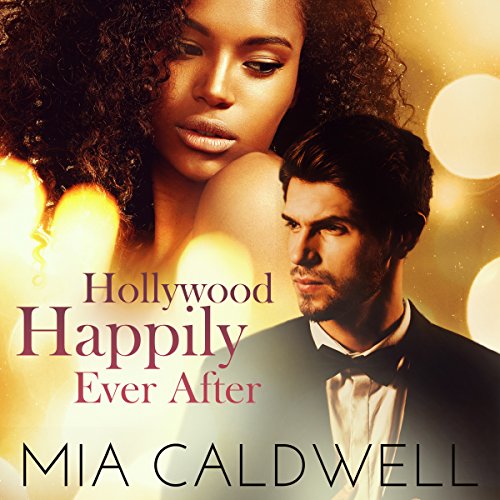 Hollywood Happily Ever After

Can she keep their unexpected romance from turning into a disaster?

Olive Hunter is the personal assistant to Agatha Bellmare, the youngest woman to ever run a major Hollywood studio. When Olive is given the or-else assignment of landing indie megastar Beckett Blackthorn for the studio's next film, it's a dream come true, except for one little detail.

Since Olive is replacing Agatha as a guest at a star-studded wedding in Thailand - and there's no time to change the name on the reservations - Olive has to go in her boss's name. How can she explain to Beckett that she's not really a powerful studio chief, just a lowly PA?

Things get even more complicated when Beckett shows an interest in Olive, as well as the role she's offering him. If she doesn't sign him for the lead, she can kiss her job goodbye! But her heart is on the line too. Can she find a way to tell Beckett the truth without losing everything?

My audible suggested this book, so I was lije what the heck. This was my first Mia Caldwell book and my last. One sex scene, and there was an error in it. He was not supposed to know her identity yet during sex he called her by her real name. Whoever edited this book, missed that. The error is in chapter 11. I like my romance books with plenty of detail sex and not waiting a long time for it. I will stick to Delaney Diamond and Dez Burke books. I actually purchased this book, and wish I can get my money back. One thing I did like was the happy ending. I like happy endings.

This audiobook was given by the author, narrator, or publisher at no cost in exchange for an unbiased review via Audiobook Boom.
I enjoyed this book because even though it's a sexy book it had a good story and I would recommend it to friends


📖 By the cover I expected this to be an old Hollywood story. Something out of the 1920s or the like. Now I know why they say, "...you can never judge a book by its cover."

This is another in a long string of billionaire, stud with sexy everything versus broke, desperate female. Wait, there is a twist…

Three quarters of the book was used to describe each outfit that the lowly actress wore. It really could have fit in the fashion category of any magazine 🌾

I listened all the way through for Stacy Wilson's performance. Wilson did a good job.

Mia Caldwell may want to go back to the drawing board or the typewriter but choose to focus on one or the other, in my opinion. This listener likes to know what the characters are wearing (or not) but this was too much, by at least an hour!

*I received this work in exchange for my review.

I find that reviews help me in deciding whether or not to purchase a book, especially new authors or performers. If you found this review helpful, would you take a moment and select "YES" below?

Feel free to follow me on audible.com. I review from most genres.

Authors and narrators, please feel free to take my review to any other media that you would like. Thanks!

This is my first audiobook by Mia Caldwell and I must say it was a good short HEA romance. I liked the connection that Beckett and Olive had from the beginning.

This audiobook was provided to me by the author, narrator, or publisher at no cost in exchanged for an unbiased review courtesy of Audiobook Blast.

Where does Hollywood Happily Ever After rank among all the audiobooks you’ve listened to so far?

Hmmm...I think all audiobooks are easier than voice to text

Olive, because she was dark skinned, a rarity in interracial romance and adorable

Umm...I wasn't sold on her voice making accents. Everything else was cool though