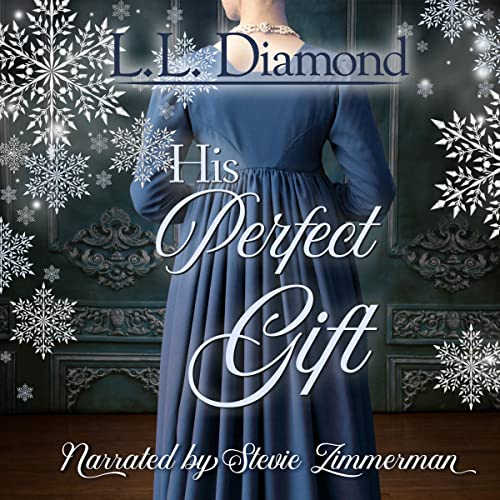 A reacquaintance with Miss Elizabeth Bennet and Christmas in London, what could go wrong?

Fitzwilliam Darcy is a man torn between choices. Having fled Hertfordshire with the singular goal of separating himself from the fine eyes and pert opinions of Miss Elizabeth Bennet, he finds himself face-to-face with her in London through a connection he never would have expected. He would like to abandon his reservations and court Miss Elizabeth, but other considerations are holding him back, including his family and friends, who might consider him honor-bound to another.

Following Mr. Bingley’s abrupt departure from Netherfield, Elizabeth Bennet accompanies her sister Jane to London to visit her aunt and uncle. A sudden reunion with the disagreeable Mr. Darcy is not in her plans, but the man she discovers is not the same one who insulted her so grievously at the Meryton Assembly. Instead, a doting brother and amiable gentleman calls upon her in Cheapside.

A quiet Christmas at Gracechurch Street with her aunt and uncle seemed ideal, but the inclusion of Mr. Darcy brings old acquaintances and conflicts neither expected.

Can Mr. Darcy convince his family and friends to choose Elizabeth? Could Elizabeth turn out to be his perfect gift?

mixed feelings on this book

I'm happy to see Caroline Bingley getting some of what's due to her.

This may spoil the book for some, but for the life of me I wished more would tell more on what goes on in each book in their review. To me you still don't know how it all comes about. Then again I hate surprises when my expectations of the characters and their character the way that Jane Austen created them go so far in the opposite direction.

Mr Bingley doesn't really deserve Jane but I didn't like what happened to him. I hate it that sweet Jane wasn't matched. I like having more time together with Darcy and Elizabeth.
I read the reviews and I don't see myself listening to this over and over.
I loved not having to hear Elizabeth 's mother or Lydia's vulgar talk or Mr Bennet's lack of interest in his family. I loved that the 2 elder spent most of their time in London.
This book just left me unsatisfied. I understand choosing pride and prejudice alternative books will get an alternative to the original but this one didn't leave me happy in the end. I felt the author should have found a match for Jane. Maybe Lady Catherine reaction to the knowledge of Darcy and Elizabeth 's marriage, especially since she showed up the day of the wedding and she not knowing of the event.
Like I said the story needed more in my opinion. Not bad story but not Great either.

Once again, Leslie L. Diamond has revealed her talent in providing a variation that has a unique beginning. Colonel Fitzwilliam serves up a shocking surprise to Darcy, who had very recently come from Meryton after separating Jane and Bingley and, himself fleeing from a pair of fine eyes.

I’m not quite sure what I think of this Bingley! I’m a fan of a strong Bingley and this portrayal is completely opposite! Wowsa! So different though, and I do love anything non-canon and eye raising! I loved this story and ODC’s courtship. Colonel Fitzwilliam is especially fabulous. Love him! Just in time for the Christmas season, I’m happy to recommend this seasonal novella which can also be enjoyed any time of year.

I loved reading this book, and the Audible version presents itself very well with the most talented Stevie Zimmerman. Her narration is outstanding, as always, and never disappoints.

Fabulous New Take on the Original.

Loved this version of P and P. Beautifully read and written. A new take but a very satisfying and enjoyable one.

Not a Christmas story, but still a gift

Yes, the story starts after the Netherfield Ball in November, and there is a wonderful chapter or two over the Christmas Season, but it continues after that with much more to enjoy.

L. L Diamond crafted a wonderful, low angst story by avoiding the Hunsford Proposal and having Richard open Darcy’s eyes to his false idea that Lizzy liked him, much less wanted a proposal. This allows him to try and mend his ways and win her heart over the next few weeks between the end of November until the 12th Night Ball in January.

*Minor Spoiler*
If you are a Bingley fan, brace yourself for a disappointment. I’ve listened to a few where Charles’ lack of standing up for himself, especially against his sisters, results in his downfall, but he is not a very admirable suitor in this story, nor a very good friend to Darcy. *Okay, end of spoiler*

Stevie Zimmerman is, once again, wonderful at bringing characters to life. Each one has a different, believable voice. The accents from the most snooty matron of the Ton, to a Ladies Maid, Footman or “lowly” Scullery Maid is distinct and appropriate. Regardless of gender, the voices are perfect. She is more a Voice Artist than a “narrator”.

This is a great variation. Love Darcy and Elizabeth here and it truly centers around them. Wickham is discussed, but not present. Lady C makes an appearance so we know she isn't happy. Surprise abounds in the evilness of those who were thought as friends.

This narrator is one of my favorites.

I read it as a kindle book and now listened to it as well. A great story. I highly recommend this book to a Jane Austen fan fiction lover. Great Jaff.

Very interesting the change of characters around Darcy and Elizabeth. Just a bit short and moved to fast for the story.