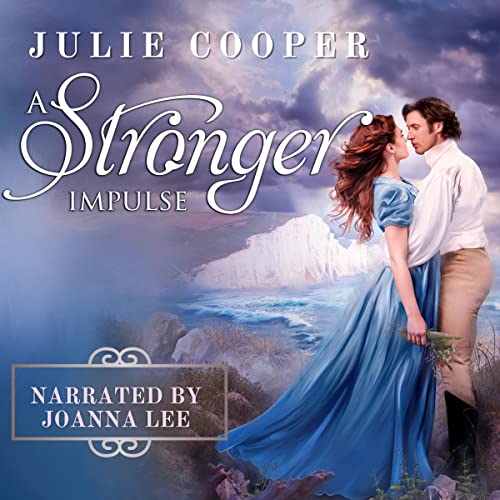 “[A]nd in his behavior with me, there were stronger impulses even than pride.”

Fitzwilliam Darcy is enraged when, already reeling from Elizabeth Bennet’s disdain, he discovers his sister locked in a passionate embrace with George Wickham—and suffers an apoplexy at the sight. With proper speech locked uselessly inside his mind, his Fitzwilliam relations are quick to take advantage of the situation, calling his illness insanity, and scheming to keep both Darcys under their control.

Elizabeth Bennet is expelled from Longbourn after she refuses Mr Collins’ serious proposal and Mr Darcy’s mocking one. Always the least favorite child, she is expected to deliver herself up to an unknown uncle in London, from there to be placed into service. A fortunate escape takes her to Ramsgate instead…but it is only a brief reprieve before she must find a new life for herself.

Two against the world. How can two powerless individuals forge a defense against the formidable forces arrayed against them? Darcy cannot afford to indulge himself in a marriage that would prove his relations’ opinions of his sanity. Elizabeth must protect herself against a growing but impossible love…and yet, a stronger impulse urges them to stay. To fight. Together.

A Stronger Impulse is friends-to-lovers reimagining of Jane Austen's Pride and Prejudice that will be enjoyed by fans of Regency romance.

The author claims this is a an option to Pride & Prejudice reworked by the author. She should remove all mention of Miss Austen. It’s an insult to a great author.

The audio version of this book is just as intense as the printed version, if not more so. I also think with this second reading I also appreciated Elizabeth’s story more. Joanna Lee’s narration is very good. Her performance of Darcy with his speech difficulties was expertly done in my view. I found Elizabeth’s presentation not quite consistent. Hers was my least favourite voice—she sometimes sounded like Georgiana. I thought the other ladies voices were sometimes a bit overdone, but I did appreciate the acting aspect of those performances. Lady Catherine was spot on. Overall I still give this narrator and audiobook five stars. The book is one of the best variations in 2022.

Goodreads Book Review (July 7, 2022)
When I read the detailed description for this novel and learned Darcy would suffer an apoplexy, I literally gasped! I didn’t want to imagine a Darcy not in the best of health, possibly suffering from various disabilities such an incident can bring upon a person. No, my Mr. Darcy is young, healthy and virile! I was so anxious to begin the book, I made the mistake of starting at 11:00 at night, thinking “I’ll just read the Prologue”. Yeah, right. At 4:45 the next morning, I forced myself to stop reading and seek sleep.

In this Pride and Prejudice variation, the order of events is quite different than canon. Darcy goes to Ramsgate when he flees Netherfield and Elizabeth Bennet—she laughed at him when he declared his love to her. Elizabeth’s situation at Longbourn is difficult. She is the least favourite daughter of BOTH her parents, each with their own reasons. Now banished after refusing a proposal from Mr. Collins, she makes her way to Ramsgate not knowing Darcy is there until she accidentally encounters Georgiana and is told of his circumstances.

What dear Darcy, Elizabeth and Georgiana go through in this unputdownable story will make you weep. The angst factor is high, as Elizabeth and Georgie try to figure out ways to protect and rescue a completely powerless Darcy. He is saved from one quack doctor and set of family members, only to be placed in the hands of an even more monstrous doctor and family member—and brought to the edge of death. It’s nothing less than torture. My poor heart! Overcoming multiple obstacles, and as Elizabeth nurses Darcy back to health, their love will grow, but true happiness will take a while longer.

With a unique and unusual premise, I was caught up in this story from the beginning to end. This expertly-written nail biter, is a gripping and brilliantly-plotted book. It is a definite must read and goes into my best of 2022 stack. It’s no surprise that yet another Julie Cooper book becomes a favourite. I most highly recommend it. Can’t wait for the audiobook. Hint, hint! Oh, and that red-headed Elizabeth on the fabulous cover? It’s not a mistake.

My mother taught me this, if you can’t say anything nice, say nothing at all.

I have mixed feelings about this one

So to start, the narrator, not the right narrator for this genre AT ALL, but that said she is a very talented narrator. Her voice is a bit to mature in tone for this genre. She should be reading scary children stories or something.? So that was a huge distraction and affected the whole story.

the story itself was good to almost great. I think there were way too many liberties taken with the torture aspect of the story line, like really, I don't care nobody is going to let things go as far as they did! so that was a bit of an eyroller. Also Darcy's speech thing, it just became annoying and was a little ridiculous.

I love the story development between ODC and I loved Elizabeth and Janes + the other sisters relationship, in the end, Mr Bennet is a complete A#$ in this version. really hateable! I wish there was more of the Gardiner sotryline, it was far too short.

Overall -, I liked it, I didn't LOVE it, but I think with a few slight mods I could have Worth a credit if you have (like me, run out of options) the narration takes a while to get into. its very offputting in the begining.

A book you can’t stop until you finish! Bravo!

Have read every P & P variation with even a mediocre review — I rank this one in an elite category that now includes only three books.

Keeps you on your toes throughout, and has a terrific ending.