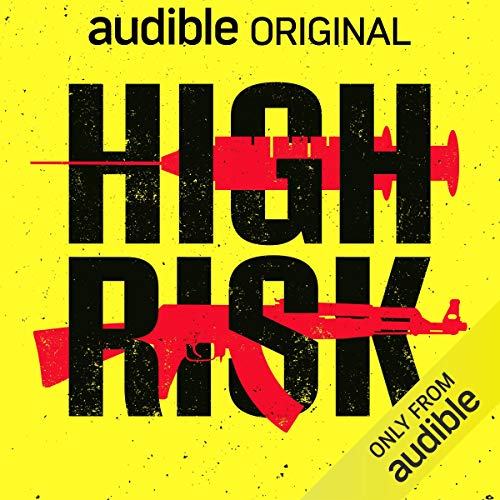 Sex and drugs and lock and load.

Ben Timberlake has spent a lifetime in pursuit of the ultimate rush. This is an account of his near-execution in wartime Yugoslavia, his time in the SAS, combat in Iraq, encounters with a gambling-obsessed 9/11 hijacker, veterans blissed out on MDMA, as well as exploring hook-ups in the world of extreme sex and battling a heroin habit on a remote Scottish island. In this pilgrimage on the road of excess Ben looks at the social, biological, religious and personal factors that drive people to the edge and has a whole lot of fun along the way.

The why? As Mallory said of Everest, ‘Because it’s there.’ In Ben’s case, there was no risk too high or gutter too low.

Like a cross between Jason Bourne and Anthony Bourdain, this is Kitchen Confidential for the War on Terror. An unforgettable Audible Exclusive that will sate even the most hardened adrenaline junkie.

British English notwithstanding;) it’s excellent experience to walk with Ben through his journey. It’s one of those stories that’s equal parts holy shit and deep introspection.

I think readers/listeners will walk away with a deeper empathy and appreciation of certain aspects of society and also maybe see a bit inward too.

I haven’t picked a book up in 10 years other than a school book.

This is the best book I’ve found, a story of experiences you feel close to have endured with with writer. Ben is a genius to be able to describe feelings and reactions to drugs (naturally occurring and taken) to an extent you can wrap your head around almost the exact feeling of what he’s describing. A great book. I’ll possibly read it a second time, maybe more.

A book that transcends the standard SOF fair

A book that transcends the standard SOF bravado and delves into the mindset of failure and more importantly the humanity involved. This has been one of the most amazing and insightful stories I have read in a long time. There is something uniquely special about the dichotomy of an elite special operations soldier and a junkie. It really highlights some of the core facets of humanity in us all. The monkey, the lizard and the shrew concept examined in so many stages of the authors life is really easy to identify with. I truly feel this is a must read for every warrior

Bravo to zero to bravo again.

Magnificent, unputdownable for my ears. Fantastic autobiography of an insanely interesting character bringing together the hugely popular questions of meaningful life, philosophy, addiction and growth. a smorgasbord of fascinating topics told in a laugh out loud style mixed with genuinely moving prose. will listen to it at least twice more, loved it. Bravo indeed.

Ben did a great job of explaining what drug addiction is or for that matter any addiction actually is.

Such an intriguing story - my life seems so mundane compared to Ben’s life experiences. Really enjoyed the research aspects. Learned so much about many random subjects - bondage, heroin, SAS training, etc.

I felt like I was back in a war zone.

Like the firing of an MDMA pumped synapse, or the adrenaline fuelled flick of a safety catch, Timberlake's crazy autobiography bounces fluidly from travel journal, to war biography, to drug diary, to literature. Philosophy, psychology, archeology, physiology and the tortured workings of the human soul all are covered here with empathy, insight, wit and crude humour.
High Risk takes on Michael Herr's 'Dispatches' and Anthony Loyd's 'My War Gone By I Miss It So' and in it's vivid descriptions of the tragedy, chaos, madness and almost sexual thrill that is the reality of war. It makes normal macho Special Forces autobiographies read like teenage fan fiction.
This is Graham Greene or Joseph Conrad for the Ecstasy generation: Apocalypse Now for the 21st Century. A crazy, funny, tragic ride that I connected with deeply and enjoyed immensely. If you want to know war but don't want to die, read this.