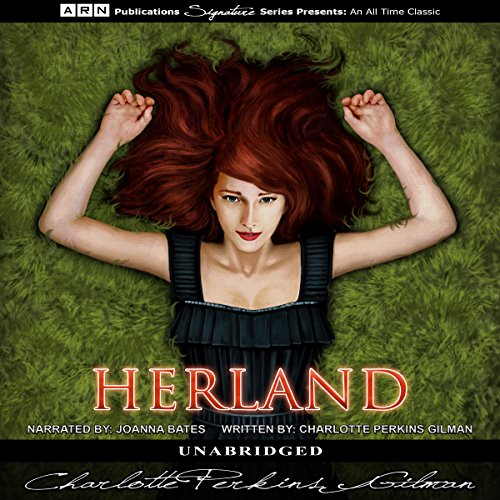 Herland takes the listener on a fascinating journey into a utopian society comprised entirely of women. A society with no men also means no conflict, resulting in a war-free existence. It is a perfect world, but only if you are female.

Three men set out on a journey into uncharted territory to discover for themselves if the legend of an all-female society is a myth or actually a reality. Tracking down the mythical realm of women poses plenty of challenges, but what they ultimately find is both enchanting and frightening.

In an age when feminism was still considered a fringe concept, Charlotte Perkins Gilman's many works ventured into unfamiliar territory. She was not only a novelist but wrote a number of nonfiction titles, as well as poetry. For feminists of the era, Mrs. Gilman was considered a role model due to her unorthodox and progressive ideas.

Must have been amazing in 1915

This book must have been amazing when it was serialized in 1915. I had hoped to love it, but found that there were too many pages of people telling each other things. Select your reader carefully. The author is a woman, but the book is the memoir of a man. I selected the woman reader, but may have enjoyed a male reader more, because the book is from a man’s point of view. The woman reader’s performance is excellent, but I may listen to it again with the male reader.

I only wish it was longer. Truly changed my heart. I must find a copy.