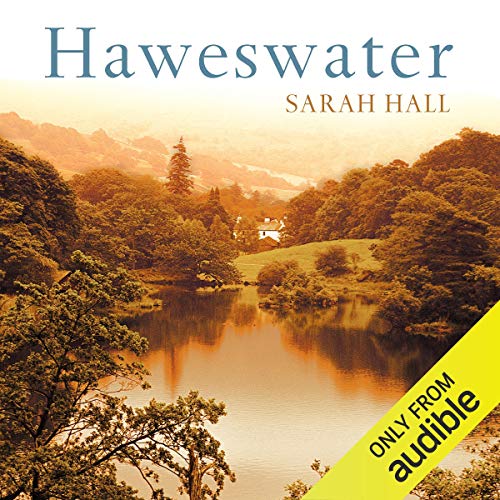 It is 1936 in a remote dale in the old northern county of Westmorland. For centuries the rural community has remained the same, the Lightburn family has been immersed in the harsh hill-farming tradition.

Then a man from the city of Manchester arrives, spokesman for a vast industrial project that will devastate both the landscape and the local community. Mardale will be flooded to create a new reservoir, supplying water to the Midland cities. In the coming year this corner of Lakeland will be evacuated and transformed.

Jack Liggett, the Waterworks' representative, further compounds the problems faced by the village as he begins a troubled affair with Janet Lightburn. A woman of force and strength of mind, her natural orthodoxy deeply influences him. Finally, in tragic circumstances, a remarkable, desperate act on Janet's part attempts to restore the valley to its former state.

Told in luminous prose with an intuitive sense for period and place, Haweswater remembers a rural England that has been disappearing for decades, and introduces a young storyteller of great imaginative and emotional power.

Sarah Hall was born in Cumbria and currently lives in Norwich, Norfolk. She is the author of four novels: Haweswater, The Electric Michelangelo, The Carhullan Army, and How to Paint a Dead Man; a collection of short stories, The Beautiful Indifference; original radio dramas; and poetry.

She has won several awards, including the Commonwealth Writers’ Prize for Best First Novel, the Betty Trask Award, the John Llewellyn Rhys Prize, the James Tiptree, Jr. Award, the Edge Hill University Short Story Prize, and has twice been recipient of the Portico Prize. She has been shortlisted for the Man Booker Prize, the Prix Femina Etranger, the Arthur C. Clarke Award for science fiction, the BBC National Short Story Award, and the Frank O’Connor International Short Story Award. This year she was named one of Granta’s Best Young British Novelists.