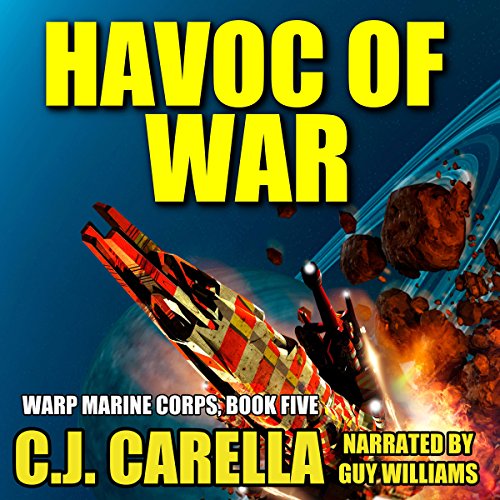 The final battle is at hand.

A renegade American fleet has launched a genocidal counterattack against the Galactic Imperium. Empowered by entities from warp space, the Black Ships are about to unleash unspeakable evils on the entire galaxy. Only the US Navy has any hope to stop them, but first it must contend with alien armadas still intent on wiping out humanity.

At the forefront of battle, the Warp Marine Corps faces impossible odds. Armed with new weapons and wielding ancient technologies, Captain Peter Fromm and Colonel Lisbeth Zhang will fight not only for the lives of all humans in the universe, but their souls as well.

Havoc of War concludes the story that began with the Amazon best-selling novel Decisively Engaged.

Epic series brought to a conclusion that satisfies all questions. Belongs with Dune by Frank Herbert & The Hitchhiker's Guide to the Galaxy by Douglas Adams.

Written with no knowledge of history or morals In this story the angry psychopaths are the smartest and strongest. The bar for intelligence has rarely been set so low.