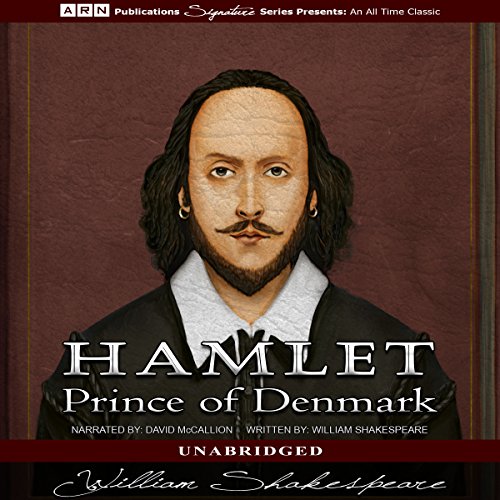 The young Danish Prince, Hamlet, is vexed by a trip home to Denmark from school in Germany, to attend his father, the king's funeral. Upon arriving at home, Hamlet has discovered that his mother has already become married to the former King's brother, Hamlet's uncle. What's more, the man has declared himself to be King of Denmark even though Hamlet was the true and rightful heir. Hamlet is enraged by this deception, and immediately suspects foul play in his father's murder.

Hamlet is challenged to prove that his father's untimely death was murder, when the king's ghost appears before Hamlet in the castle and confides in him the truth of his death. The ghost tells the story of how his brother Claudius, the new king, poisons him and Hamlet's mother is in on the scheme. The apparition charges Hamlet to avenge his death, but to take pity on the queen.

Hamlet agonizes over what he should do, wondering if the ghost was really an agent of the devil sent to tempt him. When he finally devises a plan to bring out the truth in King Claudius, things go exactly as Hamlet suspected. Hamlet's path to revenge leaves more death in its wake as he tries to bring down the king and get justice for his father.