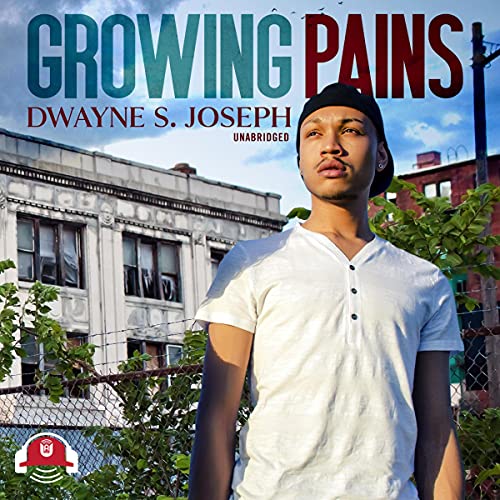 Dwayne S. Joseph’s talents shine in this compelling coming-of-age novel about 17-year-old Brian Moore, who seems to be a “bad kid” thanks to his friends, but who’s also struggling to escape the streets.

Despite the straight As Brian gets in school, there’s still plenty of trouble swirling around him all the time, threatening to drag him down into it. Brian has no father and his mother, Deahnna, works two jobs and is never around. His teacher, Jawan White, came from the same streets as Brian, and he knows there’s more in Brian’s future than being a thug, but his constant lecturing isn’t helping matters any. But when Jawan falls for Deahnna, and Brian’s girlfriend learns she’s pregnant, that’s when the real drama begins.

This was a cliché of a young black boy in an urban setting. The narrator was telling a story more than being the characters. I had a difficult time distinguishing which character was speaking. There was no noticeable difference between male and female characters.

Refreshing, finally a book where the leading characters are on top for once.

The narrator at the end, ugh.. well after you invest like 4 hours into the book you want to know what happens so you just have to deal with him and the pauses, and sounding like he has something in his mouth.

Story line good, and it is believable, like this could happen... It's is included in the membership fee so go for it.

I really liked the lessons and the happy ending. The characters were great and realistic

Coming of age stories are usually not my thing but I like Dwayne S Joseph so I gave it a try. I did enjoy the story but struggled a little to get through it because of the narrator. So many times I wanted to shake some sense into Brian. His loyalty to his friends was almost his undoing. The circumstances surrounding Will and Tyrell's lives was disheartening and so hopeles, so I wasn't surprised by the outcome. I was a but disappointed by Dehanna's part time job as a stripper. I just feel that too many urban authors use this in their stories which often times cheapens, degrades and devalues the female characters. Being a stripper just always seems to be the easy default rather than getting creative. Overall though I did enjoy this story. I'm glad Dehanna and Jawann got their Happily Ever After and Brian got a second chance