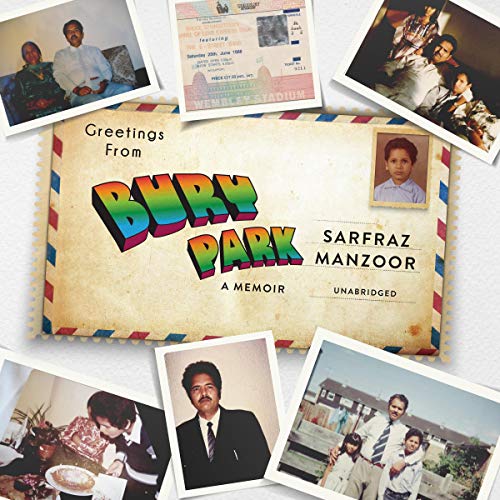 The inspiration for Blinded by the Light, the smash Sundance hit and major motion picture. The acclaimed memoir about the power of Bruce Springsteen's music on a young Pakistani boy growing up in Britain in the 1970s.

Sarfraz Manzoor was two years old when, in 1974, he emigrated from Pakistan to Britain with his mother, brother, and sister. Sarfraz spent his teenage years in a constant battle, trying to reconcile being both British and Muslim, trying to fit in at school and at home. But it was when his best friend introduced him to the music of Bruce Springsteen that his life changed completely. From the age of 16 on, after the moment he heard the harmonica and opening lines to "The River", Springsteen became his personal muse, a lens through which he was able to view the rest of his life. Both a tribute to Springsteen and a story of personal discovery, Greetings from Bury Park is a warm, irreverent, and exceptionally perceptive memoir about how music transcends religion and race.

You don’t have to be a Springsteen fan...

To enjoy this coming of age memoir and a Pakistani boy growing up in England during the late ’80s. Javed is introduced to the music of Bruce Springsteen and it becomes the soundtrack to his life helping him cope with an overbearing father, prejudice and the effort to find his voice and his way in the world. It also helps that Manzoor is a journalist sd it makes his narrative come alive.

really great story, like my title not like the movie it's more of a memoir of him growing up. I really enjoyed this. and I'll be watching the movie again this weekend!!!
thank you for both the book an movie!!

Enjoyable, interesting, honest, and fun book that is about more than a love affair with Bruce Springsteen. While Bruce is seminal to the story, his music is more of a vehicle through which the author tells his story.

Compelling memoirs, not all Springsteen

I enjoyed listening to the author tell his story. There wasn't quite as much about Bruce Springsteen as I had initially expected, though.