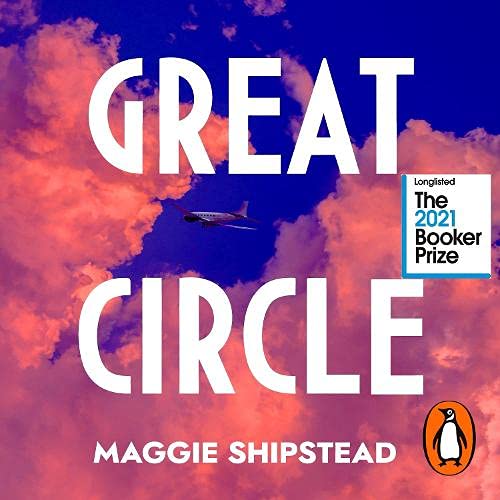 Longlisted for the Booker Prize 2021.

I was born to be a wanderer.

From the night she is rescued as a baby out of the flames of a sinking ship, to the day she joins a pair of daredevil pilots looping and diving over the rugged forests of her childhood, to the thrill of flying Spitfires during the war, the life of Marian Graves has always been marked by a lust for freedom and danger.

In 1950, she embarks on her life's dream - to fly a Great Circle around the globe, pole to pole. But after a crash landing, she finds herself stranded on the Antarctic ice without enough fuel. With one fearsome piece of water separating her from completion of the Circle, she writes one last entry in her logbook.

She is ready for her final journey.

Half a century later, Hadley Baxter, a brilliant, troubled Hollywood starlet is irresistibly drawn to play Marian Graves, a role that will lead her to probe the deepest mysteries of the vanished pilot's life.

Great Circle is an enthralling journey over oceans and continents and a drama of exhilarating power. Combining unforgettable characters and thrilling suspense, it is a sweeping story of loss and obsession, sacrifice and survival, of the unknowable mysteries of freedom, love and life itself.