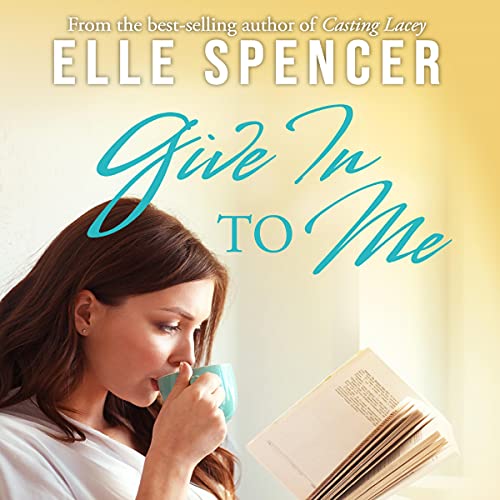 Give in to Me

Whitney Ainsworth has had a very tough year. First up was the very public divorce from an A-list actress, and then, the third book in her popular suspense series bombed. She’s got a chronic case of writer’s block and feels like a fraud getting paid to give speeches about achieving success. After a particularly disastrous event, Whitney’s manager suggests a romantic distraction might be in order.

Gabriela Talbot never expected to hear back when she requested an interview with her favorite author - certainly not after the scathing review she’d given Whitney’s latest book. She’s thrilled when the opportunity arises.

What happens next isn’t what either expected, and although passions flare, Whitney is furious when she learns she’s slept with the enemy. Their already rocky road to friendship - or something more - is complicated by a pair of Hollywood handlers who don’t particularly care what’s best for either of them. Will they find their way to love, or will insecurities and outsiders prove too much to overcome?

Ce que les auditeurs disent de Give in to Me

The headline says it all. This book has *everything* going for it. Blonde and brunette love interest, an age difference, both women’s perspectives, witty laugh out loud dialogue, and a story to boot. There were multiple instances where I though the story was going one direction and it didn’t or thought it wouldn’t, but it did - in the best ways possible. Love the little moments that capture the budding romance and reconcile a past one. The narration is absolutely perfect and at no time did I question what the performance was going for. Elle Spencer and Melissa Sternenberg were splendid, absolutely splendid. Adding this one to the favorites and will absolutely listen again.

Sorry but this is boring

Flat MC slow story with no action. Even Melissa Sternberg that I usually like very much as a narrator, was bored this time, and I got this book because of her.
If you see this review DON”T BUY THIS BOOK…

I’m usually not a romance type of person but this one kept me laughing and tugged at my heart strings. Highly recommend!

listened to better ones

Th story line is a bit boring... Elle has much better ones. it does make you keep listening until the end. the narrator is ok

😊 Elle Spencer does it again!

Elle Spencer is one of the lesfic authors I will read/listen to no matter what their new release is... this book was so great though! I enjoyed all of it. The dialogue and banter were perfection and I definitely laughed out loud. I loved all the characters! At first I was hoping for a different narrator (Abby Craden or Lori Prince or Brittni Pope) because Melissa Sternenberg sometimes hurts my ears with high pitched voices and that's definitely not sexy... but she didn't sound like a mouse in this book. Excellent work from author and narrator.

Interesting, enjoyable, fun, one of the best

Just as the main part of my review says, I really enjoyed and will enjoy again this story of love and romance, good guys and bad guys,…

A really neat book,with a little bit of everything for everyone.

BUT only after I slowed the playback speed to 80%. Motor mouth!!

I really enjoyed this book

Not up to par

Was looking forward to this book as I have enjoyed other novels by author but this one came up lacking. One issue is the narrator’s one note performance and shrill voice which did little to enhance the plot.

I'm a huge fan of Elle Spencer books. While this wasn't my fav it still kept my attention. The narrator was good enough but this story would have been better read by Lori Prince. Overall was a cute story!

I'm a sucker for a great love story and I found it! I don't write reviews to often, but felt compelled to do so on this one! worth a credit, and probably will listen to it again! 🥰😊