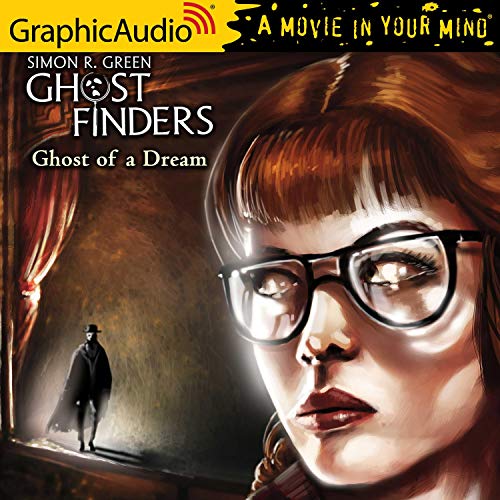 Ghost of A Dream [Dramatized Adaptation]

Meet the Carnacki Institute’s operatives — JC Chance: the team leader, brave, charming, and almost unbearably arrogant; Melody Chambers: the science geek who keeps the antisupernatural equipment running; and Happy Jack Palmer: the terminally gloomy telepath. Their mission: Do Something About Ghosts. Lay them to rest, send them packing, or just kick their nasty ectoplasmic arses....

JC, Happy, and Melody are investigating a haunting at the long-abandoned Haybarn Theater, which is being renovated. But work has been thrown off-schedule by some peculiar and unnatural activities and a homeless man who appears to have been scared to death. After the potentially world-altering recent events of their previous assignment at Chimera House, the team thinks that a haunted theater (aren't they all?) will be a walk in the park.

Then they encounter the Faust — an ancient evil whose ability to alter reality itself will test their skills, science, and blind luck of the Ghost Finders to the limit.