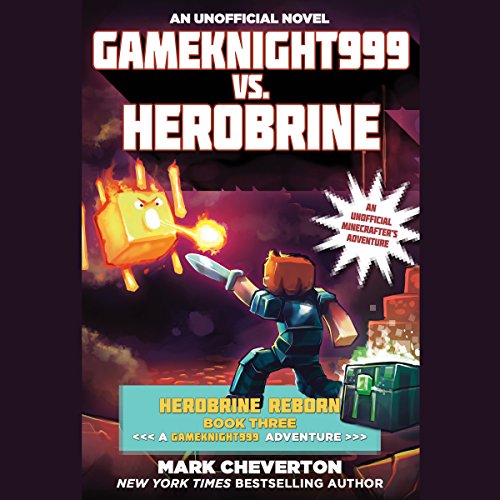 What will Gameknight999 do when his own friend is infected with the evil Herobrine virus?

With the destruction of the infected Ender Dragon, the monster kings were forced to retreat. Herobrine's poisonous XP has been captured in an obsidian box and sealed tightly. Gameknight999 and his friends know that the obsidian box will have to be destroyed to eliminate the evil virus once and for all. But how? And who will be brave enough to do it?

Gameknight and his friends decide to take the infected ender chest far from their village, to a place where it will do no harm. But during the voyage, Herobrine takes control of Herder and has him steal the ender chest, taking it to the Nether where the blaze-king, Charybdis, awaits. But while they're battling a host of blazes, zombie-pigmen, and ghasts, the obsidian box is broken, infecting Herder with Herobrine's XP. As Herder is overcome by the virus' poisonous wickedness, Gameknight must face his friend in battle if he hopes to defeat this monster. But how can he destroy Herobrine without destroying his friend?

Gameknight999 is smart. Monkepants271 is a good father. Hunter is kind of mean and naughty. The rest are good.