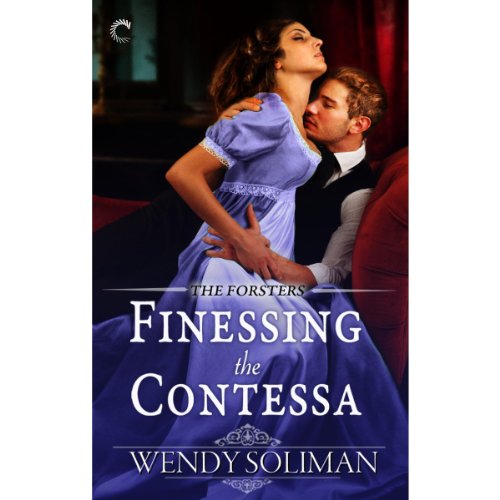 Lord Robert Forster hopes to meet his match - on the chessboard. He jumps at the chance to cross rooks with the renowned Sicilian widow Contessa Electra Falzone. However, the lovely foreigner's bold opening gambit raises concerns about her politics when she finds her way into his bedchamber, not with seduction in mind, but to steal state secrets.

Electra Falzone has always avoided scandalous liaisons, until blackmail forces her to turn thief and risk her reputation in the arms of the handsome Lord Robert. If her manipulators were threatening only her, she would confess all to her fellow strategist. But given who will suffer if she fails, she can't afford to take that risk.

Drawn to the exotic contessa, Rob won't allow her to be used as a pawn by an unscrupulous schemer. But if Electra is determined to play this dangerous game for reasons of her own, nothing Rob can do will stop her.