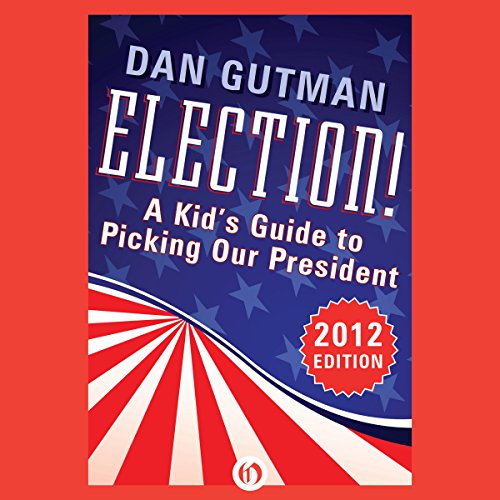 Election!: A Kid's Guide to Picking Our President, 2012 Edition

A fun, funny, and informative guide to the weird world of American politics

How does the president get his job? How do people know who will win an election before everybody’s voted? Do the candidates hate each other?

Dan Gutman takes on his strangest subject ever: the American political system. Reaching through history from the days of the founding fathers to today’s voting system, Gutman tackles complex subjects in a clear, easy-to-understand way. Even grown-ups will find something in here that they’ve never learned before. Politics are a crazy game, and with Dan Gutman teaching you the rules, you’re going to have a blast learning how to play.

Dan Gutman (b. 1955) is a prolific author of popular children’s books. He began his career with adult nonfiction books about baseball, covering topics such as the game’s greatest scandals and the evolution of its equipment. The birth of his first child inspired him to begin writing for a young audience, beginning with Baseball’s Biggest Bloopers (1993).

Gutman’s first best seller was The Kid Who Ran for President (1996). The following year he published Honus & Me, a story about a young boy who finds a rare baseball card that magically takes him back to 1909 to play with the great Honus Wagner. Gutman went on to create a series about time-travel encounters with other baseball stars such as Jackie Robinson and Babe Ruth. Miss Daisy Is Crazy (2004) was the first My Weird School book, beginning a long-running series of more than 30 novels. With Mission Unstoppable (2011), Gutman debuted a new adventure series: the Genius Files, starring fraternal twins Coke and Pepsi McDonald. The sequel, Never Say Genius, was published in 2012. Gutman lives in New Jersey with his family.