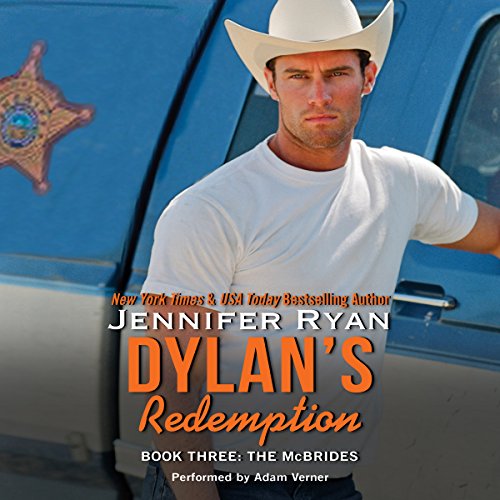 Jessie Thompson had one hell of a week. Dylan McBride, the boy she loved, skipped town without a word. Then her drunk of a father tried to kill her, and she fled Fallbrook, vowing never to return.

Eight years later, her father is dead, and Jessie reluctantly goes home - only to come face-to-face with the man who shattered her heart. A man who, for nearly a decade, believed she was dead.

Dylan accepted the position as sheriff of Fallbrook looking for a fresh start and a chance to uncover the truth about Jessie's disappearance. He knew he'd have to face a few ghosts... he just never thought one would be Jessie, all grown up, stunning... and alive.

The pull between them is instant, but Dylan's heart has already mourned Jessie, and she has secrets she can never share. Can they escape the darkness of their past for a chance at a bright future together?

My favorite of this series. I loved Jessie. She is strong and straight forward. She didn't let the past handicap her future and in fact turned it around to inspire her. It was also good to see how Rain & Brody as well as Claire and Owen are doing. I'm happy that the family dynamics between the three has gotten better. Hope there is more (pretty please)

If you want to read a depressing book that goes on an on this is it. I have read and liked all the other books I've read by this author but not this one

I thought I wouldn't like the change in narrator, but Adam is Dylan! Love this book!

This book was great. Narration was great. I loved how the men fight for the women they love against all odds.

I liked it just as much as the book.

Loved it = yes
The Right Bride was my start with this author and I've purchased every book and audible since.

Memorable moment
When Dylan found out about Hope.