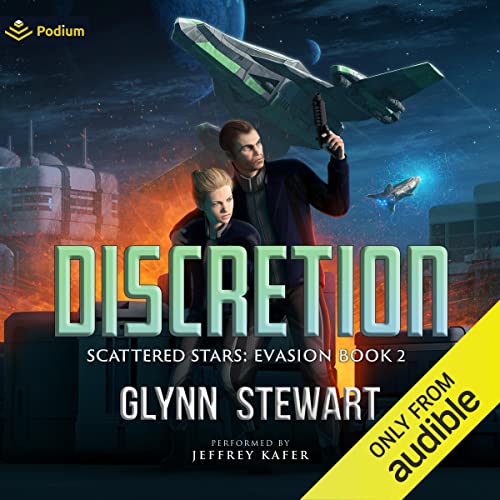 A crew, scattered across enemy lines. A father, separated from his daughter. A daughter who will not wait for rescue.

The bounty for bringing down a major crime syndicate may have removed Captain Evridiki “EB” Bardacki’s immediate financial needs, but no freighter captain wants to fly empty between the stars. A cargo mission to run a blockade seems within his crew’s unique mix of talents, and he agrees to supply weapons to one side of a stalemated civil war in the Estutmost star system.

The sudden collapse of the stalemate puts EB on the wrong side of the front lines from his adopted daughter. He took down a crime syndicate to protect her once—what’s a planetary military or two?

Thank you Jeffrey Kafer for narrating this story.

Thank you Glynn Stewart for writing this outstanding book and story. I throughly enjoyed this book.